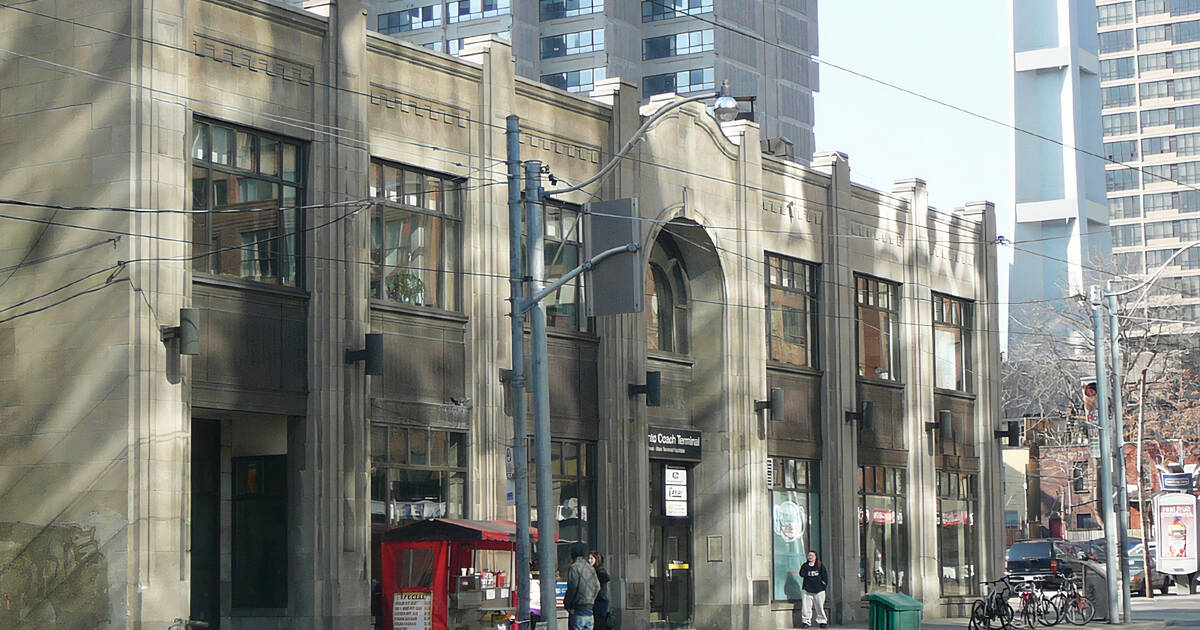 The City of Toronto just unveiled big plans to completely revamp eight pieces of downtown land – including some iconic historic buildings – that he owns and will “unlock” for all-new uses in years to come.

Among the sites are the recently defunct 91-year-old coach terminal in Bay and Dundas, the William McBrien Building in Yonge and Davisville (which houses the headquarters of the TTC), and a low-rise building in the same post-war modernist style in concrete from the town hall, tucked away just behind.

Also on the list are 33 Queen St. E, 931 Yonge St., 277 Victoria St., 95 The Esplanade and 18 Dyas Road, which are currently occupied by Green P, Toronto Community Housing and various City of Toronto departments.

The ambitious reimagining of the land plots – which have a total real estate value of $450 million – is part of ModernTO, a program that aims to modernize and better optimize city-owned office space, which totals over three million square feet across 55 sites, whether leased or owned.

1/ Today @_CreateTO The board meeting is underway – starting with an update on #ModernTO program in #TOPoli.

The project, led by CreateTO approved by the board back in January 2020notes that these spaces are outdated and inefficiently used, and suggests that the City reduce them to just 15, selling the rest.

The aforementioned eight buildings are the first to be transformed to better serve the city’s needs, such as creating more affordable housing, improving the public realm and other opportunities, with the ModernTO team releasing their latest update. Monday.

Going forward, there will be a host of public consultations to decide what the final details of the plans will be for each, with some of the land slated for major redevelopment, and some for less drastic alterations.

At present, it is recommended that the iconic bus terminal be razed for a high-rise tower that will provide market condos, rental and affordable housing, as well as a paramedic “multi-hub”, offices and more.

Given the heritage nature of 610 Bay, its Art Deco exterior, at least, will likely be incorporated into the design.

For 277 Victoria, the plan is another mixed-use development that will be primarily institutional in nature, with some commercial and community space on the lower two levels.

The building in Yonge and Rosedale Valley will also become a “high-rise mixed-income, mixed-use development to include affordable housing”, although it will be on a smaller scale than others, given the neighborhood’s existing density. and adjacent buildings. green spaces.

3/ …the old bus station (610 Bay Street & 130 Elizabeth Street) is on the fast track for redevelopment via #ModernTO at @_CreateTO.

Public consultations and a Request for Expression of Interest (REOI) will be issued for both the development and non-profit community in 2022…#TOPoli pic.twitter.com/4Vjimgz74c

As for the additional lots, there are solid recommendations, apart from some minor reallocations of spaces for different uses of the city: 18 Dyas will be adapted to accommodate a paramedic multifunction station hub, while 95 L’Esplanade will be given a facelift to include an entrepreneur and an incubator. spaces, with the potential to sell the building in the future.

While a lot of work has gone into the project so far, it’s obvious that there’s still a lot to do before we see what the final iterations of each property will be and what benefits they will bring to the public and to city operations. .