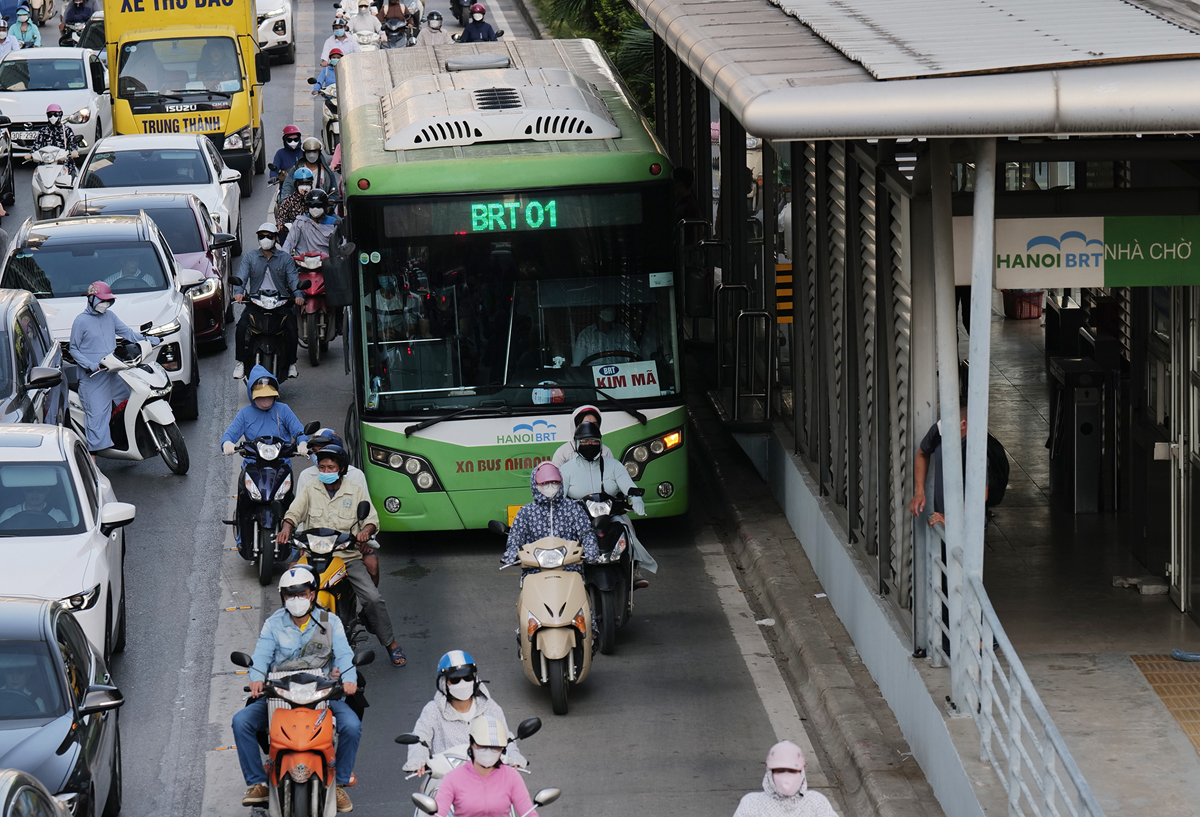 A Hanoi Bus Rapid Transit system bus is seen blocked by motorbikes on its priority lane. Photo by VnExpress/Ngoc Thanh

There were an average of 40 passengers per trip in 2017, and the number has risen to 45 this year, according to a People’s Committee report.

BRT’s revenue is higher than that of normal buses, but so are its subsidies, which have risen from 36% in 2019 to more than 65% last year.

She faces some issues like other vehicles encroaching on her reserved lane, not having a dedicated lane in some places and not being able to issue electronic tickets.

But authorities acknowledge that this has helped to reduce traffic congestion and the number of vehicles in the city center.

In 2018, the Ministry of Transport proposed that normal buses could use the BRT lane from 4 a.m. to 11 p.m.

In June this year, he suggested that all passenger vehicles with 24 or more seats, ambulances and other special vehicles could also use the lane.

The city has not publicly responded to these proposals.

But some people say they’re not sure if it’s helped alleviate congestion, as its route is always busy at peak times.

The World Bank, which funded and consulted on the BRT, said that although passenger numbers remain below expectations, the system has created a basis for a new type of public transport with higher standards than normal buses.