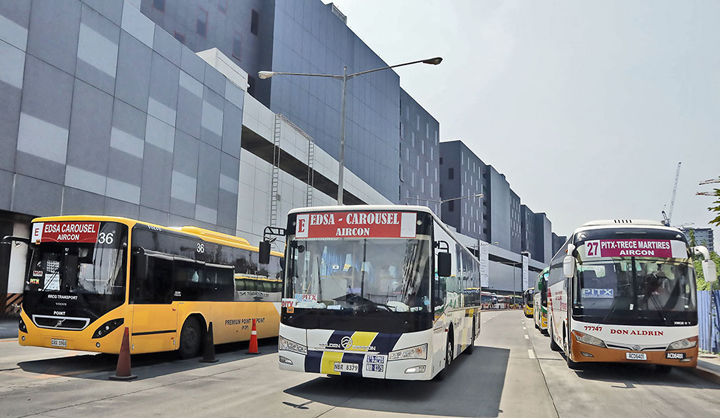 Group Calls For Provincial Bus Ban In NCR To Be Lifted

The Nagkakaisang Samahan ng Mga Nangangasiwa ng Panlalawigang Bus sa Pilipinas has appealed for the lifting of the ban on provincial buses in the National Capital Region (NCR) and allowing them to use their private terminals again “as a gift”. to about 4 million regulars. bus passengers during the holidays.

Small traders also rely on buses to transport goods from different provinces to the NCR, helping to revive the economy.

In a press release, Alejandro Yague, Group Executive Director, said provincial bus operations in Metro Manila have been suspended since March 2020 due to Covid-19. But now that Metro Manila is under Tier 2 alert status, the group is calling for the relaxation of rules which have badly affected not only the transport sector but also the public who have been deprived of commuting. needed on public service buses.

With the easing of quarantine restrictions, they said it was also high time to allow provincial bus operators and drivers to run their routes and serve the public again.

The group said about 4 million Filipinos regularly take buses from Regions 3 and 4A alone to Metro Manila and vice versa.

The industry directly employs approximately 60,000 bus drivers, conductors and office workers, not including contract and support services which include security guards, mechanics and utility personnel.

The ripple effect of the closure of the provincial bus industry translates to more than 200,000 lost jobs when considering the loss of jobs from security and janitorial agencies, machine shops , parts and materials suppliers, vendors and dealers in terminals and other peripheral businesses. rely on provincial bus operations.

Under the so-called terminal swaps, which the Department of Transportation and the Land Transportation Franchising and Regulatory Board (LTFRB) have adopted due to the pandemic, passengers arriving from the provinces must disembark in areas too inconvenient for their final destinations in Metro Manila.

This is the case for passengers coming from central and northern Luzon who must get off at the Philippine Sports Arena in Bocaue, Bulacan, 30 kilometers from Metro Manila; or Valenzuela City Gateway Terminal which is also a good two to three hour trip to get to their final destination in Metro Manila.

The change of bus will add at least one to two hours to their trip, causing great inconvenience and loss of time.

This leaves passengers with no choice but to take taxis or AUVs up to two or three times to get to their final destination in Metro Manila. Worse still, they are forced to shell out another 2,000 to 3,000 pesos per person in most cases to reach their destination.

According to the group, the extension of the provincial bus tie-up will eventually result in the bankruptcy of bus companies and the loss of much-needed government revenue due to the bus companies’ inability to repay loans, bear overhead costs like staff, rent, contracts and other fixed costs, as insisting on using common terminals would result in higher costs, and fewer passengers as passengers will eventually switch to point-to-point transport services or P2P who are allowed to enter Manila without limitation, or other colorum vans who can do the same.

The group said it was high time the relevant government agencies relaxed the rules on operating provincial buses in the same way they relaxed the rules that now allow the public to finally visit and enjoy the centres. malls, markets, theaters, theme parks and other audiences. places of opening of the economy. They need public buses to transport these same people that they would like to frequent these establishments and be the work force of these establishments.