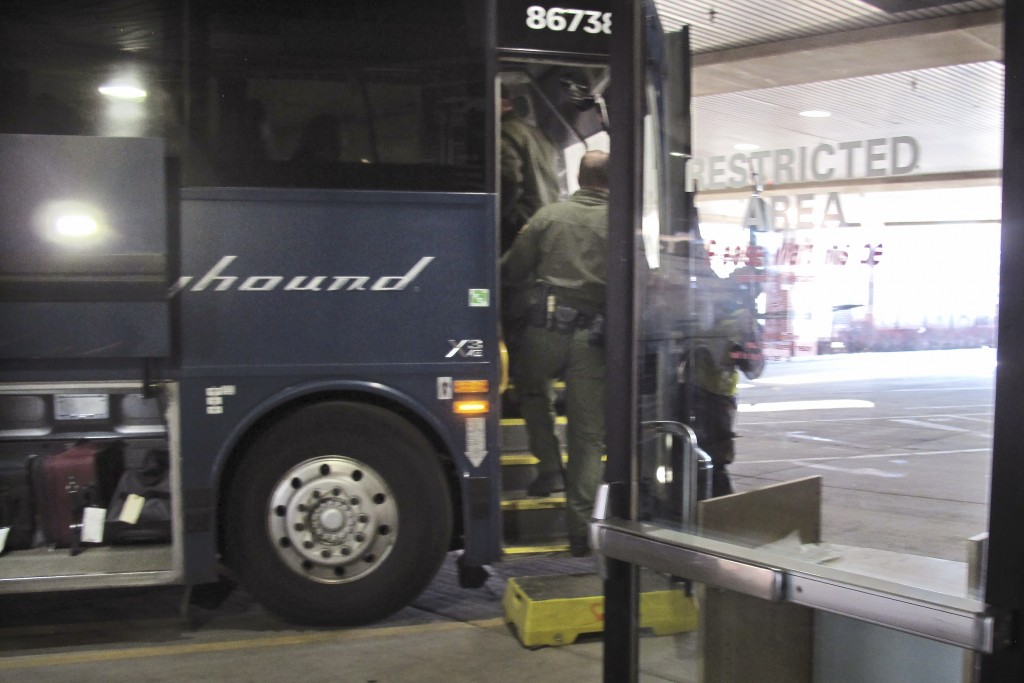 The bus company failed to warn customers of the sweeps, distorted its role in allowing sweeps and discriminated against its passengers on the basis of skin color or national origin, said Attorney General Bob Ferguson .

The money will be used to compensate passengers who were detained, arrested or deported after immigration officials boarded buses at the Spokane Intermodal Center. The amount each person receives will depend on the number of claims and the severity of the harm suffered as a result of Greyhound’s conduct, Ferguson said.

“Greyhound has an obligation to its customers – an obligation that it cannot set aside so that immigration officers can go on a fishing expedition aboard its buses,” Ferguson said in a press release.

Dallas-based Greyhound issued a brief statement, saying he was happy with the settlement.

“By accepting the Consent Order, we will be communicating to our customers more broadly the policies and procedures we already have in place to serve the citizens of Washington State,” the bus company said.

The settlement was filed in Spokane County Superior Court on Monday, the day a trial was due to begin.

â€œMy office first insisted that Greyhound make these corporate reforms in 2019,â€ Ferguson said. “If Greyhound had simply accepted our reasonable request, they would have avoided a trial.”

Under the regulations, Greyhound is also required to:

– Create a corporate policy that denies immigration officials permission to board its buses in Washington State without a warrant or reasonable suspicion.

– Issue a public statement, in English and Spanish, clarifying that Greyhound does not consent to immigration officers boarding its buses without a warrant or reasonable suspicion.

– Place stickers on or near the front door of his buses indicating that he does not allow immigration officers to board his buses without a warrant or reasonable suspicion.

The lawsuit was filed last year, alleging that Greyhound had allowed sweeps on its buses since at least 2013. The company publicly acknowledged the practice in 2018.

During the sweeps, Hispanics and other passengers of color were subjected to invasive interrogations by armed federal agents and often had to get off the bus, Ferguson said. Immigration officers have sometimes detained or arrested passengers, he said.

For years, Greyhound argued that he was legally required to allow border patrol officers to board his buses. But a note last year from Carla Provost, then head of the U.S. Border Patrol, confirmed Ferguson’s claim that officers can only conduct warrantless immigration scans on buses with the consent of the owner or employees of the company.

In late April, a Libyan-born comedian received a $ 35,000 settlement from the federal government after filing a complaint against border patrol officers in Spokane in 2019 who detained him and falsely questioned him about his immigration status .

Mohanad Elshieky was traveling from a concert in Pullman, Washington to Portland, Oregon, when he was briefly detained in Spokane. He had been granted asylum and was living legally in the United States.

According to the Northwest Immigration Rights Project, which represented Elshieky, federal agents boarded the bus and walked around before asking Elshieky and a few others to get off the bus. They interrogated Elshieky for about 20 minutes, calling his papers false and illegal, but ultimately let him go.

Andres Sosa Segura, who sued separately for a similar experiment at the Spokane intermodal hub in 2017, will also receive $ 35,000, the rights group said.

“The hours I spent in detention for no reason were terrifying, and all I wanted was to be with my family,” Sosa Segura said in a press release issued in April by the group announcing the settlements. “I hope this case sends a message that CBP officers must respect the rights of people like me.”

Trams or a winding bus? Wellington rapid transit up to two options