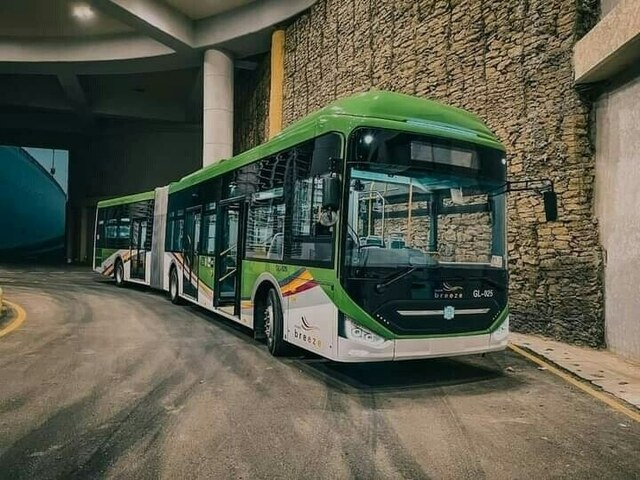 KARACHI: Stones have been thrown at Karachi’s recently inaugurated Green Line bus service at several points between the Surjani and Numaish areas of the city, raising serious questions about the safety of the multi-billion project.

This was highlighted in a complaint filed with the police by a security officer for the Green Line bus service against unidentified attackers.

Sources say the side windows and windows of buses running on the Green Line were damaged in the rock-throwing incidents.

“The stones were thrown from the pedestrian bridge and damaged the infrastructure of the buses,” they said, adding that, however, no passengers were injured in the incidents.

The incidents have raised serious questions about the security provided to the project which is believed to be guarded by 900 CCTV cameras and 250 security guards.

The Green Line bus service became fully operational from Monday, with 80 buses covering a 21 kilometer track from 6 a.m. to 10 p.m. 22 bus stations have also been completed. The project administration said that a bus would arrive at the station every three minutes.

The bus door remains open for passengers for 20 seconds at each station, the administration added.

The Karachi Green Line BRT project with intersections is 22 km long, including 12.7 km elevated, 10.9 km at ground level and 422 meters underground, and has 25 stations.

The state-of-the-art underground bus station with a parking lot and the commercial mezzanine was also built at the Numaish intersection.