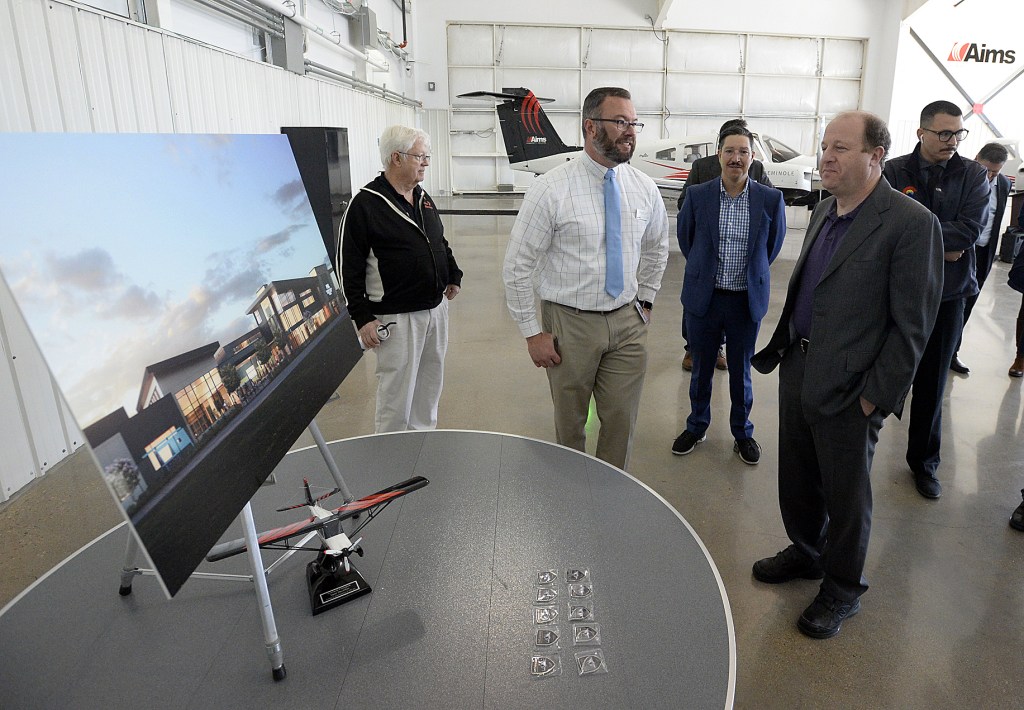 Governor Jared Polis and U.S. Representative Joe Neguse visited the Aims Community College Flight Training Center near the Northern Colorado Regional Airport in Loveland on Friday to hear a presentation on a number of infrastructure projects, including including a new terminal at the airport.

The terminal would allow for more frequent flights from the airport, as well as greater “multimodal transportation”, such as buses leaving the terminal for Denver International Airport the same way an airplane would.

Pending Transportation Security Administration (TSA) approval, passengers could go through security at the new regional airport terminal, check in their bags and board a bus that would take them directly to a gate in Denver. International, avoiding the need to go through the often time-consuming security checkpoint at DIA, producing fewer emissions and taking about the same time to get to Denver as if they had boarded a plane.

The new terminal would host both options.

The airport is seeking numerous grant opportunities to fund the project, which is halfway through the design phase, Licon said. Funding can be found from both the state of Colorado and the federal government, hence the presence of Polis and Neguse.

The airport is a hub not only for passenger flights, but also for economic activity and high-paying jobs, said Jacob Castillo, Larimer County’s director of economic development and labor, during the presentation.

“For decades, we have discussed how we can make the Northern Colorado (Regional) Airport the catalyst for job creation, wealth generation and economic improvement, a true plate hub for innovation,” Castillo said. “By investing in this terminal, we can increase general and commercial air traffic, increase business travel and create opportunities for tourism.”

Current estimates for the cost of the facility range between $26 million and $30 million, Licon said, fluctuating as the design process is not yet complete. So far, $19 million has been accrued through various funding sources, he said.

Some of those funds are to be spent by 2024, he added, meaning the project should be partially or fully completed by this summer.