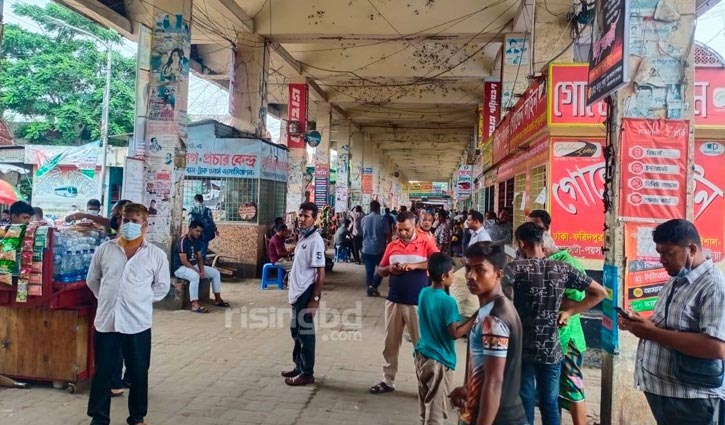 After a strict 19-day nationwide restriction imposed to stem the spread of Covid-19, public transport, including buses, began operating at full capacity from Wednesday morning.

The number of passengers increased at the Gabtoli bus station.

Transport workers have been active in the Gabtoli bus terminal area since morning. In addition, passengers started arriving at this busiest bus terminal early in the morning.

On Wednesday 11 August, the activity of the counters at the bus station increased. Transport workers are happy because the government has eased restrictions.

Speaking to Mohammad Malek Hossain, desk manager at Sakura Paribahan, he said long-distance buses started running from 6 a.m. today. The passengers started to arrive early in the morning. Most of the passengers were stranded in the capital.

â€œWe have a lot of passengers and the tickets are also selling well. However, more and more passengers are arriving in Dhaka, â€he also said.

Mohammad Habib, Eagle Paribahan’s foreman, said he was in debt due to the impact of the foreclosure. Some face a difficult problem in supporting their families. In addition, many of us have not received any government grants or assistance. The leaders gave the government grant to their relatives. Transport workers have been deprived of everything.

“We no longer want confinement, we want to circulate buses, respecting health instructions,” he also said.