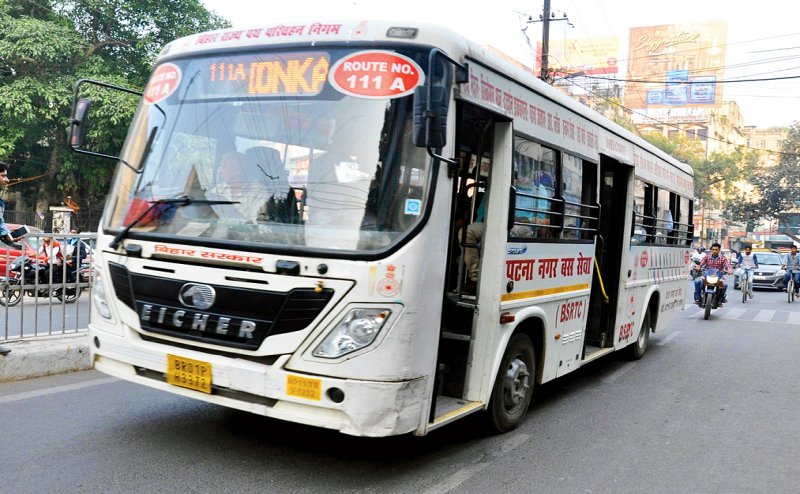 From today the new bus ‘station’ in Patna, know where your bus is at Patliputra bus station

On July 31, Mithapur Bus Station was completely moved to the newly built Patliputra Bus Station. Until 5 p.m. on Saturday, a total of 1,320 buses from different districts of the state operated from the Patliputra bus station.

Although this news is from Patna, it is linked to all of Bihar. The stopping of buses from Patna to other districts of the state has changed. Now, to catch a bus to your neighborhood, you will need to go to Patliputra Bus Station, Bairia instead of Mithapur.

On July 31, Mithapur Bus Station was completely moved to the newly built Patliputra Bus Station. Until 5 p.m. on Saturdays, a total of 1,320 buses from different parts of the state are operated from Patliputra bus station. By virtue of this, 737 buses arrived at the terminal and 583 buses left the terminal for their destination. The Bihar State Road Transport Corporation also operated 52 buses from the new terminal itself.

115 from Nalanda, 52 from Sheikhpura, 205 from Nawada, 30 from Jehanabad, 117 from Muzaffarpur, 72 from Darbhanga, 57 from Madhubani, 137 from Samastipur, 48 from Chhapra, 50 from Purnia, 121 from Araria bus and also for other districts Bus operated from the terminal. The arrival and departure of buses in the terminal continues continuously.

Better and modern facilities have been provided to ISBT than Mithapur Bus Stand which is considered to be beneficial for passengers and bus owners. Mithapur Bus Stand was on 8 acres while ISBT spans 25 acres in which the necessary facilities were provided by constructing a building on 10 acres. There is parking for buses on approximately 11 acres.

According to the Patna District Administration, many more facilities are available at Patliputra Bus Station than at Mithapur Bus Station. 50 toilets, 14 mobile toilets and a drinking water installation 12, a passenger assistance service – 2, security personnel – 60, a sweeper – 42, a management branch – 65, video surveillance – 10 were fitted out at the terminal.

The monitoring of all these installations and works is done daily by the intermediary of the nodal officer stationed at the terminal. To avoid any untoward or criminal incident, 60 security guards have been deployed in the terminal and full vigilance is maintained inside and outside the terminal.

In addition, 10 CCTV cameras were installed inside and outside the terminal. Considering the passenger facilities and their drop-off, relatively adequate arrangements have been made at the terminal for basic facilities so that no one is faced with any difficulty.

A sufficient number of cars and city buses have been installed at the terminal for a smooth and easy movement of passengers so that no passenger will encounter difficulties in getting around. At the same time, a strict watch is maintained by SP Traffic to deal with the problem of traffic jams.

Previously, bus operations for Gaya and Jehanabad had started from February 15, while for Nawada, Nalanda, Jamui, Sheikhpura, buses started from the terminal from June 15. For other districts, Mithapur Bus Station was completely moved to Patliputra Bus Station on July 31.

Your support for NYOOOZ will help us continue to create and publish information for and from small towns, which also need an equal voice, just as citizens living in big cities have through mainstream media organizations. .

Stay up to date with all the latest Patna titles here. For more exclusive and live updates from all over India, stay connected with NYOOOZ.