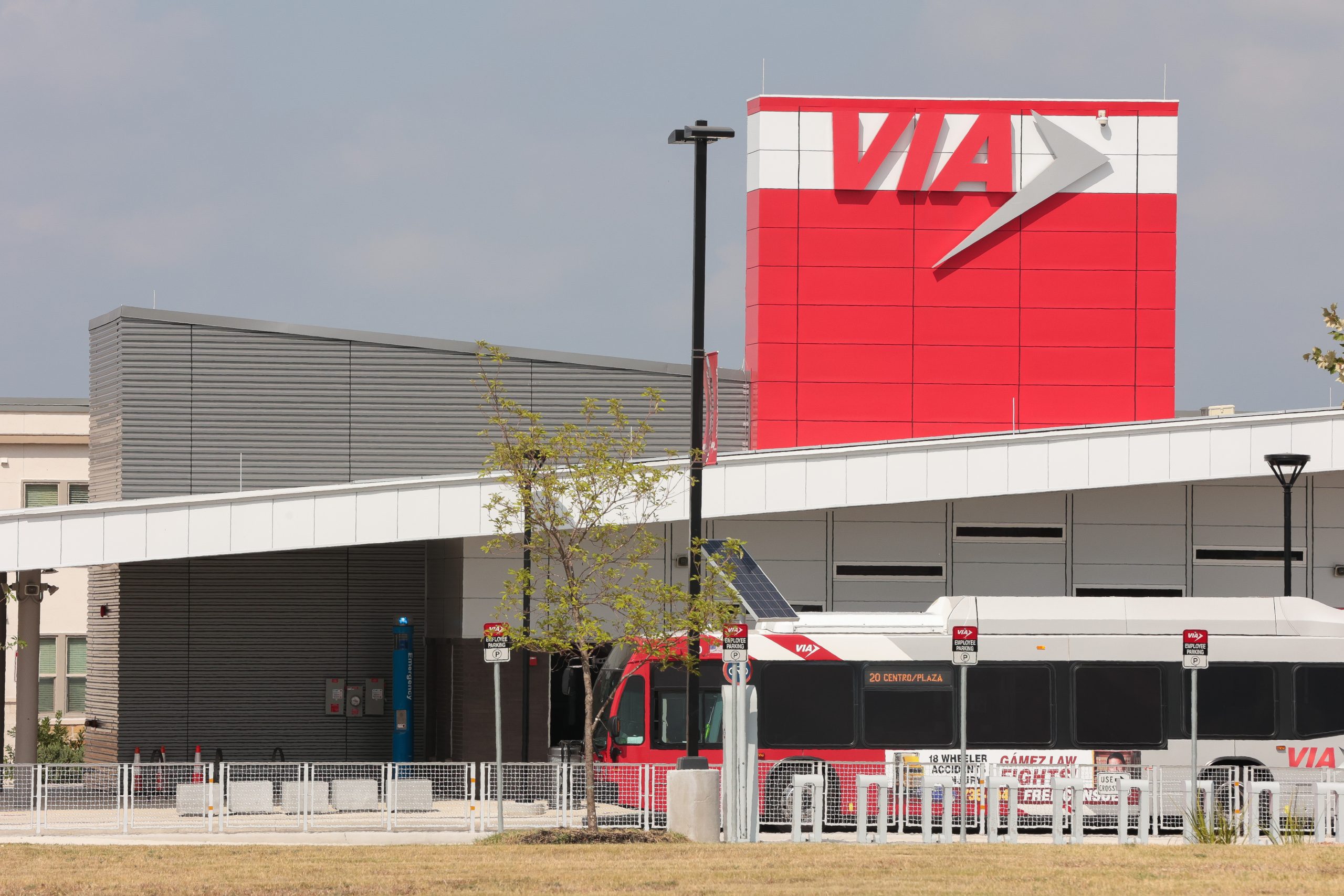 The first route in An advanced rapid transit system planned for San Antonio may be well on its way, with the Federal Transit Administration (FTA) announcing on Wednesday that the agency would recommend the project for federal funding.

What could become the first such system in San Antonio was among seven projects in six states across the country added to President Joe Biden’s list recommended for funding in 2023.

If approved, VIA Metropolitan Transit would receive $158 million from the federal government for the project in 2024.

The estimated $320 million project would establish dedicated lanes along San Pedro Avenue for a north-south rapid transit bus corridor between San Antonio International Airport and downtown. If funded, construction of a 12-mile corridor for a rapid transit system could begin in 2025.

Last summer, VIA entered the concept into the competitive capital investment grant program. Projects that are selected to move to the next level of consideration must be rated medium, medium-high or high for their degree of compliance with the funding criteria. In January, the FTA rated the VIA project as medium-high.

“We still have to complete all of the intermediate steps that we do with the FTA — environmental clearances, community participation, engineering,” said VIA President and CEO Jeff Arndt. “But it’s that indication, if you continue on the path you’re on, you’ll be funded…subject to congressional appropriations.”

Capital investment grant projects require local matching funds, which Arndt says will come from COVID-19 relief funding and the allocation of one-eighth of a cent of local sales tax voters approved for VIA in 2020 and starting in 2026.

VIA will also benefit from a special loan program under the Transportation Infrastructure Funding and Innovation Act, Arndt added, which only requires repayment five years after the project begins operations. The transit route is expected to be ready by 2027.

Although light rail systems have been a focus for local authorities in the past, advanced rapid transit systems are much cheaper to build and more flexible to operate than light rail, Arndt said.

Both systems are similar in that there would be bus stations positioned along the route where passengers can pay the bus fare before boarding and the buses have the exclusive right of way in the corridor.

Advanced rapid transit systems allow buses to communicate with traffic lights, extending the time for a green light or causing a red light to turn green sooner. Also, when the bus reaches the end of the transit corridor, it can enter the general traffic flow and move further into other areas.

If funding can be secured, a second east-west transit system that would stretch from General McMullen Drive on the west side to near the AT&T Center along parts of Houston and Commerce streets is also planned by VIA.

“This is the line we still don’t have a local match for, but we have money to start the planning process,” Arndt said. “We will move the east-west line to the point where we can enter project development with FTA in the same way as we did with the north-south line.”

Councilman Mario Bravo (D1) said he is looking forward to having advanced rapid transit not just in his district, but for San Antonio.

“It’s the same path Elon Musk’s Boring Company wants to take, except it will serve many communities and businesses along the way,” he said. “This will serve locals, not just tourists arriving through the airport.”

VIA has been discussing an advanced rapid transit system since 2018, but federal and local funding has been an obstacle. Currently, VIA receives less than three-quarters of a cent of the city’s share of sales tax (1%), while most transit agencies in major Texas metropolitan areas spend a full cent on public transit. The passage of Proposal A in November 2020 gives VIA an additional eighth of a cent in perpetuity beginning in 2026.

VIA recently held two public meetings to discuss the rapid transit project. Residents can sign up to be notified of upcoming meetings at keepamoving.com.