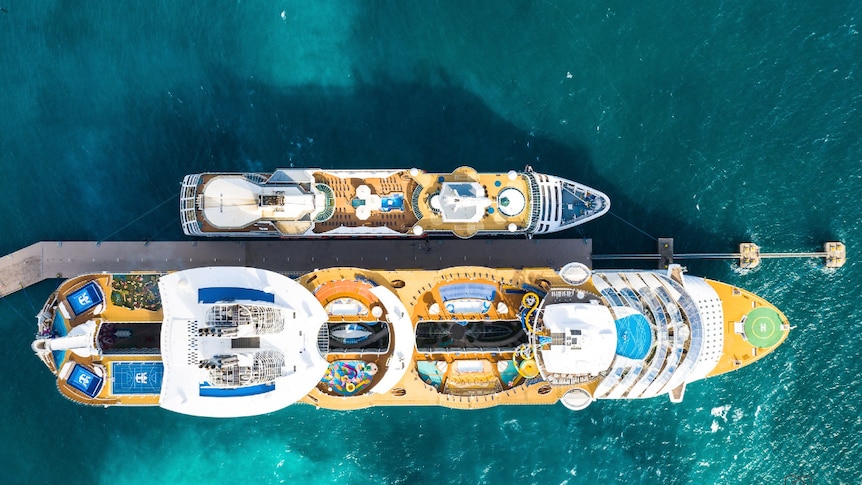 Opponents of building a controversial cruise ship terminal on the Gold Coast fear the proposal will be revisited when the cruise industry picks up.

The federal government banned foreign-flagged cruise ships in March 2020 as it grappled with the early stages of the pandemic.

The original ban was extended until December 17, but the government said that did not mean it would be lifted on that date.

With the cruise ship industry on hiatus for more than 18 months, Gold Coast City Council and Mayor Tom Tate, a cruise ship terminal (CST) supporter, have put the proposed project on hold.

Now Save Our Broadwater vice president Judy Spence has said she worries the idea may be bailed out.

â€œThe idea for a cruise ship terminal on the Gold Coast has been around for over a decade.

â€œVarious options were explored and none of them proved particularly successful.

Locations for a CST have already been identified on Wave Break Island on Broadwater and within the Gold Coast Seaway. The last proposal concerns an offshore terminal.

â€œA lot of work has been doneâ€¦ and a lot of money has been spent on it. I think the board has spent over $ 12 million,â€ Ms. Spence said.

â€œAt the end of the day, it just doesn’t add up.

“I hope it doesn’t come back to the table.”

Kathryn Robinson, professor emeritus at the Australian National University (ANU), believes the Gold Coast is a good choice for a terminal because of its location.

â€œI think it would probably be very attractive,â€ she said.

â€œThe problem with these cruise ships is that they are totally dependent on planes to get passengers to places where they can get them en masse.

â€œYou can very easily get the passengers off the ship on buses, which is the classic model, and take them to all these beautiful places in the backcountry or down to the beach. ”

Professor Robinson said although the industry has suffered from the pandemic, there is light at the end of the tunnel.

â€œThe global cruise industry is very determined to get back on its feet,â€ she said.

“They blame Australia for being one of the last places to relaunch cruises.”

Dr Robinson said cruise ship operators believe they have adequately responded to the COVID-19 pandemic by imposing conditions on staff and passengers.

â€œMany ships reserve about a third of the passengers they would normally take.

“Since June and July, cruises have been organized in the United States and Europe.”

The ANU academic said there were strong bookings until 2022 as operators offered deals to bring passengers back on board.

Judy Spence of Save Our Broadwater said she would not be surprised if the mayor of Gold Coast reconsidered the CSE’s proposal.

“You really hope that other great alternatives for tourism will come to mind in the future rather than cruise ship terminals.”

A spokesperson for Mr Tate’s office said the CST project had been “put on hold,” given what happened to the global cruise market during the COVID pandemic.

The council is prioritizing other tourism strategies, the spokesperson said, such as a cable car in the hinterland, diving sites at sea and an 8,000-seat musical and event arena project.