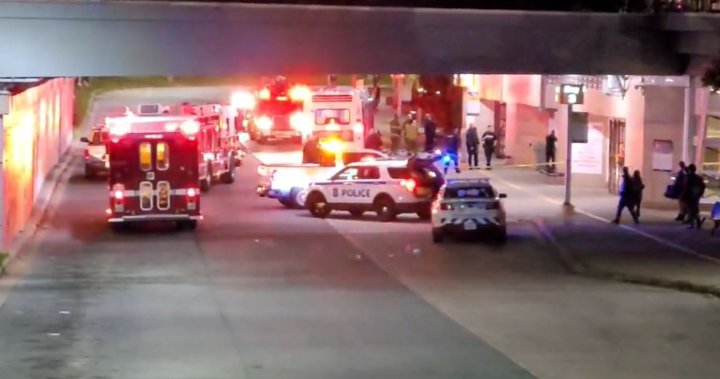 A pedestrian safety advocate says the facts about a person’s death after being hit by a bus in Halifax should be made public so that potential safety lessons can be learned.

Norm Collins, president and founder of the Crosswalk Safety Society of Nova Scotia, says understanding what happened Saturday night at the busy main terminal in Dartmouth, Nova Scotia may be important in devising ways to avoid similar incidents.

Halifax police declined to provide further details about the incident at Metro Transit’s main terminal in Dartmouth on Sunday, saying they were continuing to investigate the collision that killed a 67-year-old man.

Police said they responded to the incident on Nantucket Avenue just after 7:30 p.m., describing it as the case of a man who died “after contact was made” with a Metro Transit bus “that was moving “.

Mark Gough, a City of Halifax spokesman, said in an email Sunday that the municipality had no further comment on the incident as it is under investigation.

There have been several other incidents of buses hitting pedestrians in the past year in Halifax, including a case on August 25 in which a bus hit a pedestrian in the city’s downtown during evening traffic. .

Police said the man was taken to hospital with injuries during the incident.

Another crash on January 10 saw a 31-year-old woman taken to hospital after being hit by the mirror of a Metro Transit bus.

In November 2018, a 52-year-old woman was struck by a bus in Dartmouth while on a marked pedestrian crossing and suffered serious injuries.

Collins said it was difficult to make informed comments about the death at the Dartmouth bus station until the facts were provided by police and the city.

But he said information should be provided in bus-pedestrian collisions to determine if lessons can be learned.

“If there is anything inherently dangerous about the layout of the bus station, someone should look at it and make changes to it,” he said.

The Collins Group has collected statistics from city police indicating that of 87 vehicle collisions with pedestrians so far this year, 78 _ or about 90% _ have resulted in injuries.

This report from The Canadian Press was first published on October 30, 2022.