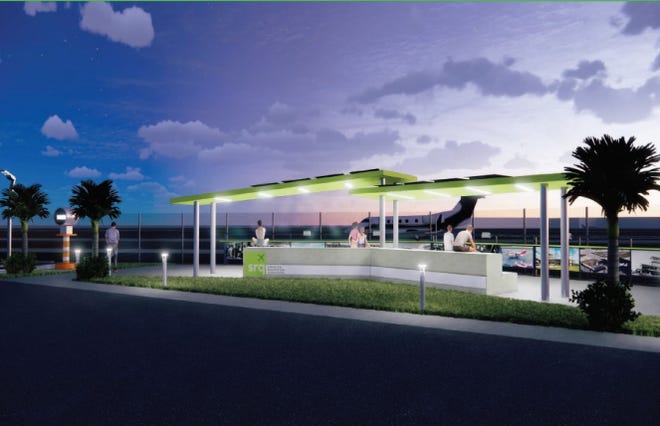 As air services and passenger traffic at Sarasota-Bradenton International Airport continue to record growth, the airport plans to make unprecedented investments in its facilities and on-site operations.

Sarasota-Bradenton is in the design stages of several long-term, multi-million dollar projects, including an expansion of its terminal, several new restaurants and improved operations for car rental companies and ground transportation.

The last time something so close happened was when the airport added its new $ 26 million air traffic control tower in 2017. Its current terminal was built in late 2000s. 1980s, said Rick Piccolo, President and CEO.

The airport is growing at an unprecedented rate, Piccolo said, and it happened quickly, as the region became a busier than usual tourist destination during the COVID-19 pandemic. Planning for the future has become more urgent than ever.

â€œUsually you can see that you start to grow and expect to grow 5-10% per year. But when you grow over 100% in such a short time challenges arise,â€ Piccolo said.

First, there will be a new ground transportation hub, where all taxis, shuttles, buses and ridesharing services will pick up passengers. The center, which will be on the site of the existing World War II Dan McClure Auditorium building, will cost around $ 8 million to build. Construction is expected to start over the next year.

There will also be a consolidated car rental center. Instead of each rental car operator having their own maintenance and storage facilities at different locations on the airport property, they will all be in one location, with shared parking.

Once this is completed, the individual car rental company’s existing facilities along University Parkway can be used for a project called â€œSRQ Gatewayâ€ – with hotels, restaurants and office buildings, Piccolo said.

The airport will also have a new $ 3.5 million free-standing customs facility to replace the one near a gate that is to be commissioned. It will consolidate the baggage system to connect it to all counters with a central baggage control room.

Another major project is the massive multi-million dollar expansion of the existing SRQ terminal.

The current terminal, which is now about 30 years old, will be expanded to increase capacity and accommodate new catering options.

“We realize that with all this traffic, one of the problems we have is that we don’t have enough concessions or food and drink, and it is one of our hopes to increase that in the over the next two years, â€Piccolo said.

Then, on the ground floor, near the existing counters, a new five-door terminal will be built for around $ 30-50 million. Eventually, a second level with even more doors will be built for $ 70-100 million, Piccolo said.

He said he expects the ground-level terminal project to be completed within the next two years and the second-level portion to come online in five years, depending on passenger traffic.

In addition, an observation area will be built along 15th Street, for those who like to park their cars and watch the planes come and go. There will be seating, lighting, historical images, speakers for guests to hear transmissions from the tower, and a possible children’s play area.

The airport is a completely self-sufficient financial operation, with $ 43 million in the bank and $ 250 million in fixed assets, Piccolo said. It will self-finance the projects with the help of grants if awarded.

Sarasota-Bradenton needs additional capacity, Piccolo said, as there has been a massive expansion of services over the past three years.

The airport has broken its own monthly passenger traffic record several times this year. More than 300,000 people traveled by the SRQ for the first time in June, then again in July.

Are you no longer busy? :Red Tide and COVID Variants Create Tourism Uncertainty in Sarasota-Manatee

Southwest Airlines, the newest carrier to Sarasota-Bradenton, is also the fastest growing – it started in February with four destinations and now flies to 19.

This winter, Piccolo said, SRQ could see up to 500,000 passengers in a single month.

Support local journalism with a digital subscription to the Herald Tribune.