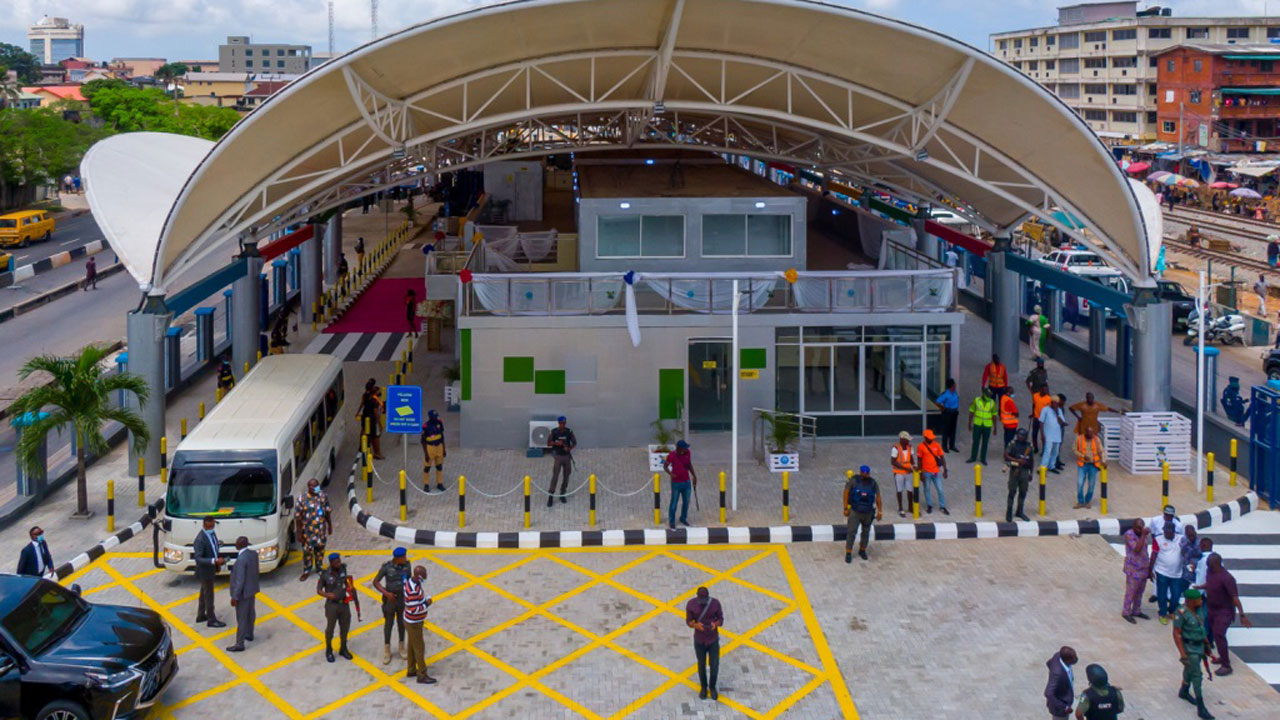 It was a thing of joy for many on the mainland on Tuesday when the Governor of Lagos State, Mr. Babajide Sanwo-Olu, ordered the reconstruction and renovation of the Yaba bus station.

The icing on the cake for residents was when the governor revealed that the terminal would be connected to the red rail line undertaken by the state government.

During the inauguration of the terminal, Sanwo-Olu observed that the delivery of the infrastructure has become a priority for his government in order to strengthen the efficiency of the public transport service on the axis.

The governor said the complementary rail line would be ready within the next 18 months and that would give commuters the flexibility to choose the mode of transportation they would prefer to get to their destination.

He said: â€œThe Yaba Corridor is an important part of the Lagos State Transportation Master Plan, due to its special nature as a melting pot of business, technology and academia. The evolution of the city over the years places an enormous responsibility on the government to ensure that its dynamism and growth are supported by balanced development.

â€œThe facility being commissioned is a world-class terminal from which buses will depart and terminate. Over the next 18 months, this bus terminal will be integrated with the Yaba station of the red metro line which is under construction near the terminal. Yaba Bus Station reflects our vision for regulated bus services, which the state government is currently championing through the Traffic Management and Transportation pillar of our THEMES program.

The governor said transport services in the corridor will be supported by the recently launched First and Last Mile (FLM) bus – a community transport program that will take passengers from domestic routes to major transit corridors to join rail or the BRT. buses to their destinations.

Sanwo-Olu noted that his administration, over the past two years, has worked to provide transport infrastructure that supports the state’s economy, urging residents to take ownership of the project and protect the station. road vandalism.

Transport Commissioner Dr Frederic Oladehinde noted that Yaba bus station was the third to be delivered by the governor, revealing that three new terminals in Ojota, Ajah and Ifako-Ijaiye would be added to public transport assets before the end of the year.

“We are providing bus services in communities away from major transit corridors to cushion the effects of restrictions on the operation of commercial motorcycles and tricycles in areas where they are prohibited by the government,” said Oladehinde.

Lagos Metropolitan Area Transport Authority (LAMATA) Chief Executive Officer Abimbola Akinajo praised Sanwo-Olu for the commitment and priority he placed in completing the project, which she said , would offer modal choices to residents crossing the corridor.

In the terminal administration building are the control room, ticket office and lounge, a restaurant with kitchenette, shopping stores, a passenger information display board, an ATM and a pick-up area. The bus terminal has loading and unloading docks that can accommodate up to 15 midi buses and four large capacity buses per loading time, stable for 20 large capacity buses and public facilities, water treatment station, fence of perimeter and perimeter lighting.

It has a power plant with 200KVA generator and 500KVA transformer, an emergency assembly point, a pedestrian walkway, exterior lighting, traffic system management (TSM) and signage, among others. The operating routes of the bus station include Lawanson-Itire -Ijesha-Cele, Iyana-Ipaja, Berger, Ikeja, Akoka and Oyingbo.