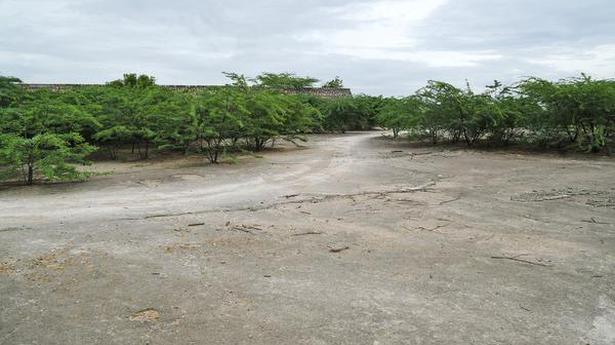 The market and terminal will be built on 51.4 acres at Solar Pudur along the Karur bypass road

The Erode Company plans to establish a modern integrated market and bus terminal on 51.4 acres in Solar Pudur along the Karur Bypass Road.

On Tuesday, the Minister of Housing and Urban Development, S. Muthusamy, said that to reduce congestion in the city, a long-term solution is needed and therefore a bus terminal would be established in Solar Pudur in addition to the development. of the existing terminal in the middle of the city. The company owns the land where the Tamil Nadu Water Supply and Drainage Board established an effluent treatment plant 18 years ago which has remained inactive for all these years.

The Nethaji Daily Vegetable and Fruit Market that operated on the RKV road was temporarily moved to VOC Park Ground during the COVID-19 pandemic last year. Since the market buildings on RKV Road were demolished and construction began, more than 850 stores continue to operate on VOC Park Ground.

The company’s commissioner, Mr. Elangovan, said The Hindu that the Minister had proposed the idea of â€‹â€‹a modern integrated market as the model of the Koyambedu Wholesale Market Complex which would have shops, storage facilities, wholesale and retail stores selling vegetables, fruits and flowers and other facilities. In addition, the bus terminal would be large with all the facilities, he added. Mr. Elangovan said both projects are focused on a long-term vision and added that a consultant should be appointed to carry out a feasibility study for the projects.

Kozhikode KSRTC terminal complex to be leased to ALIF Builders