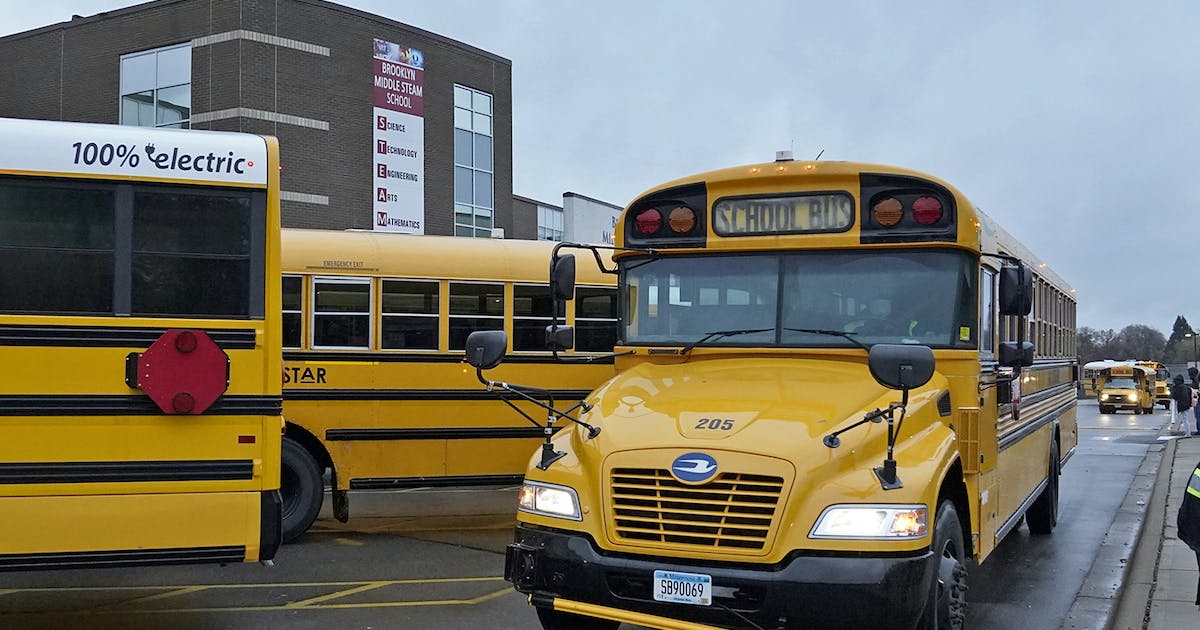 Electric-powered school buses made their debut in Osseo this week, one of five districts in the state where eco-friendly vehicles will transport students to class under a Minnesota Pollution Control Agency pilot (MPCA).

On Wednesday, two electric buses operated by Northstar Bus Lines delivered students to Park Center and Osseo High Schools, Brooklyn Middle School and Birch Grove School for the Arts as part of the state’s electric school bus project, which would be the first pilot of the sort in the Midwest.

They will join the Lakeville and Eastern Carver County districts, which each had at least one electric bus before the pilot and were the first in the state to try them out.

More than 47 school districts have applied for MPCA grants totaling $ 2.1 million. The five selected districts and the bus companies they contract with received funding to purchase the buses, which cost $ 388,000 each. The companies also had to pay money to cover the full costs. Northstar paid $ 88,000 for each of its buses. That compares to about $ 80,000 for a traditional diesel-powered bus, said Chelaine Crego, Northstar’s terminal bus manager.

But the big expenses are worth it, she added.

â€œIt’s about the environment, about being healthy and clean, and these buses do it,â€ she said at a press conference at Birch Grove School in Brooklyn Park.

Together, the eight buses could reduce greenhouse gas pollution by 1,120 tonnes, the equivalent of taking 244 cars off the road each year in their lifetime, the MPCA said. This is something Osseo Superintendent Cory McIntyre said he supported. While it’s exciting to be on the cutting edge of school transportation, more importantly, he said, the buses will teach students a tangible lesson about the importance of protecting the environment by using clean energy. and renewable.

The MPCA will collect data to find out how much electricity each bus is using. The agency will also collect data on the performance of buses, which can travel up to 150 miles on a full charge, in Minnesota’s cold climate. Kessler expects the buses to hold up well, as they have been tested in frigid regions of Canada, where the Lion Company is based.

Keith Thompson, a Northstar driver, was behind the wheel on Wednesday and said the bus performed as well as its diesel counterpart, except in one sense.

â€œI didn’t hear the sound of the engine,â€ he said.

LionC buses are so quiet that the manufacturer has equipped them to play music, similar to what can be heard from an ice cream truck, when traveling at 15 mph or less.

How to Find and Restore Forza Horizon 5 Barn Finds Cars