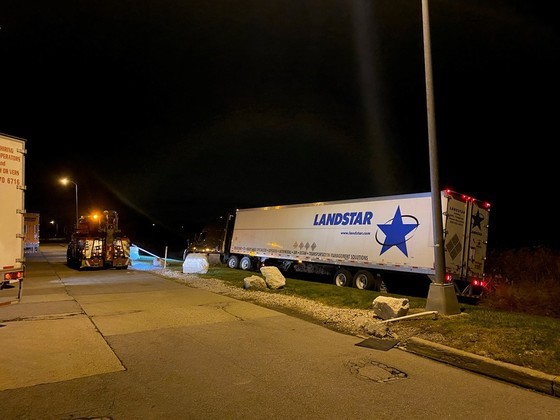 TIPPECANOE COUNTY – A police chase ended with the arrest of a drunk driver after he crashed into a stolen semi-trailer in two cars and drove away from the scene.

Just after midnight Saturday morning, Indiana State Police Radio Region 1 Dispatch received a 911 call indicating that a semi-truck had struck two vehicles and left the scene of an accident on State Road 25, near County Road 900 East. .

Private Fike chased the semi-truck south on Interstate 65, where Cain dodged several spikes before colliding with one at mile 158.

The chase continued to mile 148, where the Freightliner exited Interstate 65 into the rest yard and pulled off the road. The soldiers there took Cain to safety.

Cain showed signs of weakening and failed the field field sobriety test. Further investigation revealed that he had a blood alcohol level of 0.095%.

After notifying the tractor-trailer company, the soldiers discovered that Cain had stolen the Freightliner and the trailer. Cain was transported to the Tippecanoe County Jail.

Cain is charged with unauthorized control of a vehicle, driving a vehicle while intoxicated, possession of stolen property, resisting law enforcement with a vehicle, aggressive driving and leaving the scene of an accident.