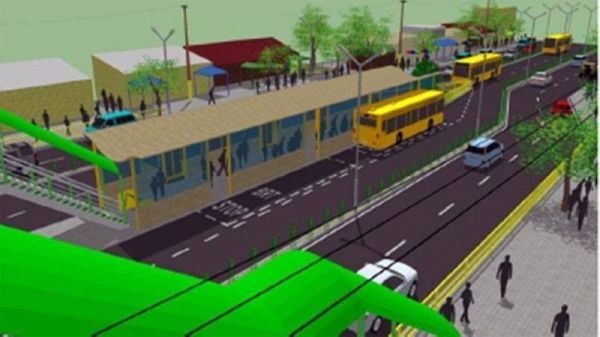 DOTr is seeking bidders for the first stage of the Bus Rapid Transit project. (File photo)

ALTHOUGH a host of issues still need to be resolved for the Bus Rapid Transit (BRT) project to proceed in Cebu, the Department of Transportation (DOTr) has already started accepting bids for the first batch of the project.

On February 8, the DOTr issued a tender for the construction of capitol infrastructure at Cebu South Bus Terminal (CSBT) and a connection upgrade to the port of Cebu which would be part of the BRT project.

The Philippines will use 1.048 billion pesos of the loan it received from the World Bank for BRT, for the contract it is currently opening up for tenders, said Paul Jasper de Guzman, chairman of the Tenders and Tenders Committee. IX rewards, in the invitation. for the auction.

He defined the scope of work for the construction of the BRT infrastructure as comprising “main lines, pavement improvements, stations and other dependencies from the Capitol to the CSBT”, including a link to the port along from Osmena Boulevard.

The duration of the contract would be one year.

A pre-bid meeting will be held via videoconference on February 28.

The deadline for submission of tenders is April 4, 2022. The tender guarantee is 21 million pesos.

Bidders with conflicts of interest for ties with, among others, other bidders and suppliers of goods and services for the project, will be disqualified.

Last Thursday, Cebu City Councilman James Anthony Cuenco said the BRT could not go ahead because the National Economic Development Authority (Neda) had not yet approved changes to the scope and project cost.

Additionally, Cuenco said, the DOTr and Neda are now asking the city to grant them free use of 1.6 hectares of land in the South Road properties for 25 years for the BRT terminal “while everything is still in limbo.”

The Cebu BRT project, which costs $198 million (10.189 billion pesos), is funded by the French government through the French Development Agency (50.89 million euros or $57.62 million ); the International Bank for Reconstruction and Development ($116 million), the lending arm of the World Bank Group; and the Clean Technology Fund ($25 million) administered by the World Bank.

Last year, Neda’s investment coordination committee approved a two-year extension of foreign loans for the Cebu BRT project after loans for the project were about to end.

The project will cover 23 kilometers of roads from Barangay Bulacao in the south to Talamban in the north of Cebu City.

Phase 1 of the project has three packages.

When completed, the Cebu BRT project will be able to deploy 250 buses that can carry 60,000 passengers per day.

The technology of new cars is legitimately enviable | Advertisement