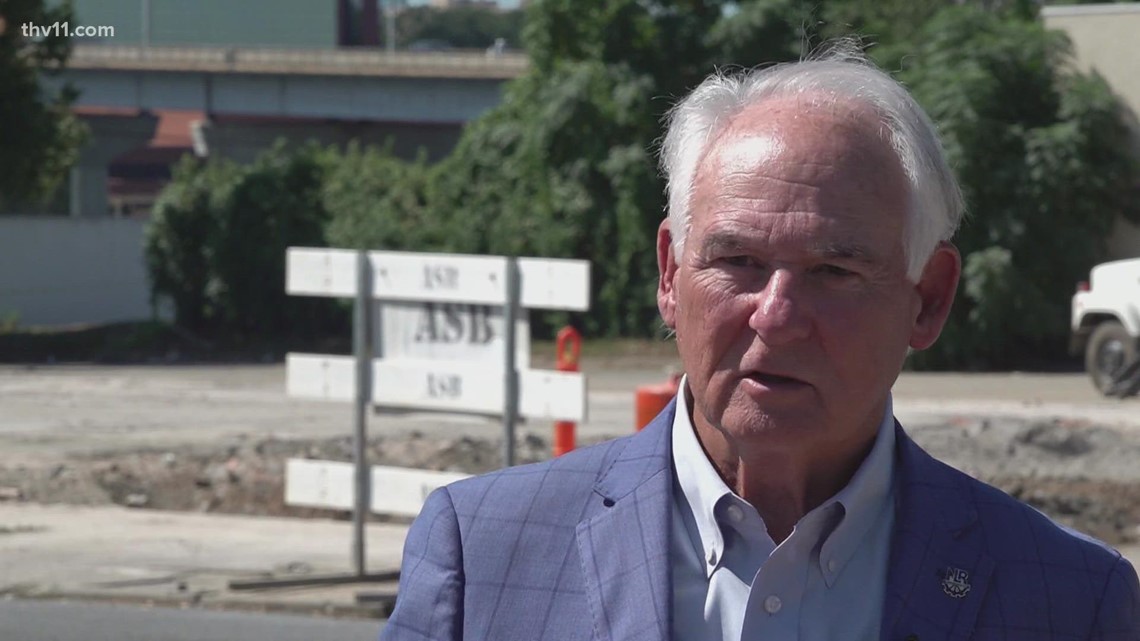 North Little Rock leaders planned to revamp the city’s downtown area by developing an area near the Arkansas River where a former Greyhound bus station used to be.

It all started a few months ago when the city decided to close a Greyhound bus station near the Arkansas River.

Now that there are no more, there is room for new opportunities and new developments.

Mayor Terry Hartwick of North Little Rock has been talking about demolishing the old bus station for some time.

It seems that the recent demolition project has attracted the interest of developers like Scott Hilburn of the law firm Hilburn & Harper, Ltd.

“The beautiful thing about North Little Rock is that we have the space,” Hilburn described. “Most downtown neighborhoods don’t have the space to expand for new construction.”

He would like to transform a parking lot located in front of the Simmons Bank Arena into a mixed-use building.

Robert Birch, development manager for the town of North Little Rock, said that now that the Greyhound Bus Terminal is gone, developers can get a better idea of ​​what structures could revamp the area.

“Seeing this land cleared really lets developers know that we can get in here quickly and start building and being profitable,” Birch said.

Other ideas mentioned included possibly building a hotel on the site of the former bus station.

In addition, the city plans to demolish the service office building located across from the old bus station.

Mayor Hartwick said he wanted to build a conference center in this area.

“Almost every week I had someone say I needed a place where 400 people could sit down and eat, and the first thing that came out of my mouth on those days was you’ you have to go to Little Rock because we don’t have it, I don’t have it,” Hartwick described.

This is just one of many improvements to North Little Rock that Hartwick has been calling for since 2021.

With land in the city’s waterfront up for sale and developers looking to invest, Hartwick said he would remain optimistic that change was near.

“It brings people to our downtown [and] it shows us so I’m very excited,” Hartwick said.

Fifteen promoters have inquired about the possibility of building a hotel in place of the bus station, but it is still too early to make a final decision.

Leaders have said they want this part of town to reflect the look and feel of the Argenta district, and they hope their projects will begin next year.