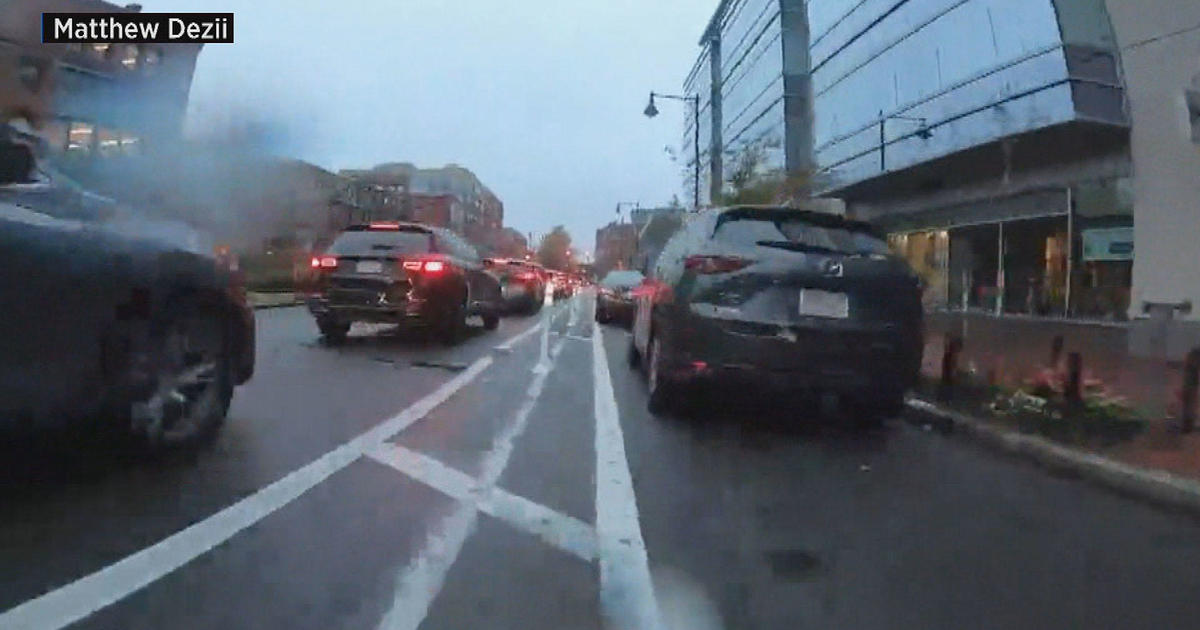 BOSTON — Matthew Dezii lives in Brighton and cycles around the city almost five days a week. “Having protected bike lanes is good for everyone,” Dezii said. “I’ve had a lot of close calls. I’ve been hit by drivers.”

Whenever the 29-year-old is on his bike, his camera is also on, capturing videos of congested cycle paths. He recently captured video of blocked Cambridge Street, but he says it’s happening across the city.

Dezii says that when cyclists are pushed out of their lanes, it’s dangerous not only for them, but also for drivers. This forces them to go to parts of the road or sidewalk where they are not supposed to be.

“What we’re starting to do is bring the bike path closer to the sidewalk,” said Jascha Franklin-Hodge, Boston Street Chief.

Franklin-Hodge says bike lanes will start to look different for drivers and it will take them some time to adapt.

On Friday on Cambridge Street, dump trucks used for construction at City Hall were parked in the cycle lanes. This forced cyclists onto the sidewalk with pedestrians.

Bumps in the road for a changing system. Dezii has a message for those who might resist it.

“Honestly, if I’m not driving around town, I’m one car less than they have to fight for space with downtown. I’m on my bike, I’m out of their way,” Dezii said. .

Brandon Truitt joined WBZ-TV in January 2022 after working as a reporter and backup anchor at WPRI in Providence, Rhode Island. Prior to WPRI, Truitt worked at WNCT in Greenville, North Carolina, where he began his career in broadcast journalism.