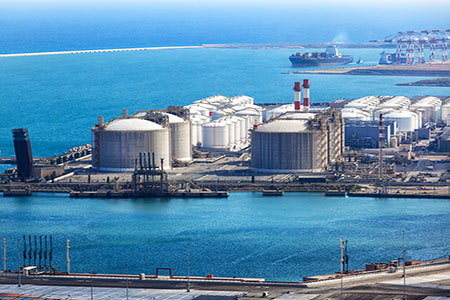 CyberFuels, a division of EncounterCare Solutions, ECSL, announced that it has signed a Letter of Intent (LOI) with an international energy company that has a new patented process for producing green hydrogen. This relationship will work in conjunction with CyberFuels’ current distribution of its own proprietary alternative fuels and additives that are already helping to decarbonize the atmosphere. The letter of intent calls for the first prototype of the business units to be placed at the new CyberFuels Gateway terminal in Tampa, Florida, USA. Contract details will be provided after the transaction closes.

John Lawrence, President of CyberFuels, Inc., said, “Climate change and clean air is what everyone is talking about today. Discussions about electric vehicles are interesting, but they have their own inherent environmental issues. Maybe the problem is not the internal combustion engine. , but rather what fuel is burned in today’s engine. That’s where CyberFuels comes in. We currently have fuels that are environmentally beneficial, and we’re extremely excited to have this green hydrogen technology housed in our new green terminal looking forward to the next generation.” The purchase of the new Cyberfuels Gateway terminal is expected to be finalized in August 2022, and permits will begin immediately thereafter, with construction to follow.

Green hydrogen is important to the growth and vision of CyberFuels’ plans to provide sustainable e-fuels with zero GHG emissions. An additional feature of the new patented hydrogen production process is that it uses municipal solid waste and a process similar to fast pyrolysis that produces green hydrogen at a significantly lower cost than traditional production methods. Today, 96% of hydrogen comes from steam methane reforming and 4% from electrolysis. Both methods are very expensive. Having the hydrogen hub at the CyberFuels terminal will allow the company to have a backup hydrogen supply for the terminal’s energy needs, which will also include the use of solar energy as a source of fuel. ‘energy. Under this relationship, hydrogen will be sold at a very attractive price for use as fuel. Green hydrogen is also an important component of green methanol, which is an important component of our electronic fuels solution for today’s combustion engines. Mr. Lawrence added: “CyberFuels has been developing its green e-fuels for 8 years, and the proprietary additive makes methanol green e-fuels not only an important tool in the effort to decarbonize transportation, but also a timely alternative. to help reduce fuel prices while helping to improve the environment.”

Read the article online at: https://www.hydrocarbonengineering.com/tanks-terminals/01082022/cyberfuels-gateway-terminal-to-deliver-green-hydrogen/