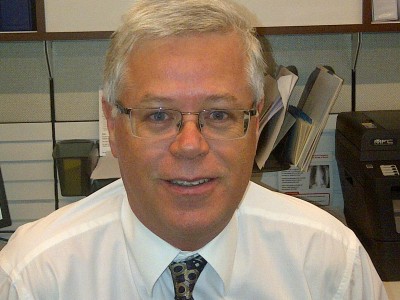 Craig LaferriÃ¨re chose the right time to run for office.

The Mississauga Center Green Candidate recently retired after a long career in vaccine research and development. He has worked with the National Laboratory of Immunology and STD, GlaxoSmithKline, and between 2011 and 2018 was part of the vaccine leadership team with Pfizer Canada.

He has lived around the world and has been a consultant for vaccine manufacturers in South Africa, China and India. In 2002, LaferriÃ¨re returned to Canada and resumed living in Mississauga.

The drafters of Constitutional Democracies thought of someone like LaferriÃ¨re when they envisioned the types of leaders who would guide society, after a long career of gaining experience that would one day benefit those who trust people like him to represent their best interests.

â€œI read Barack Obama’s autobiography in early spring, A Promised Land, and was actually very inspired by what he wrote,â€ he told The Pointer. â€œI had considered running for different parties at different times, but I was so fed up with what I was seeing that I was like, ‘Well, I’m going to take a look at the Greens and see what they make’. And when I found out that they were looking for candidates, the opportunity presented itself.

If his expertise in the field of vaccine development sets him apart from other candidates, it is the climate crisis that motivated LaferriÃ¨re to throw his hat in the ring. He says this is the main problem he hears when he goes door to door in Mississauga Center.

All major parties in Canada presented substantial climate plans ahead of the 2021 general election, arguably for the very first time. But LaferriÃ¨re believes the Green Party’s long history of leadership and advocacy on climate sets it apart.

â€œWhen I meet voters, when I go door to door, this is how I strike up a conversation with them and ask them: ‘Do you think that we are doing enough to prevent climate change, to to moderate climate change? ‘”he said.” Almost unanimously everyone says climate change is the number one problem. I think the Green Party has good credentials when it comes to understanding all the different … goals, setting implementation and the transition to a green economy.

During his career, LaferriÃ¨re obtained a doctorate in chemistry from the University of Ottawa and lectured in his field of interest at the University of Toronto. His website says he has published more than 20 peer-reviewed articles and patents, also making regular vaccine presentations.

LaferriÃ¨re was Vice-Chair of the City of Mississauga Cycling Advisory Committee between 2006 and 2011. He believes his experience helping to lead the committee could be of use to Ottawa and perhaps qualify him to organize committees on cycling. Parliament Hill.

His last involvement at a leadership level was over a decade ago, but he says there are many key ideas and projects he’s been involved with in the City of Mississauga still waiting to get started. The slowness of bureaucracy at a time when so much needs to be done to solve the problem of climate change is, he says, something the federal government should help solve.

Eager to learn about the current needs of the City of Mississauga, LaferriÃ¨re attended a recent presentation (â€œMississauga Mattersâ€) by Mayor Bonnie Crombie and senior city officials. During the webinar outlining the city’s needs ahead of the federal election, key future demands were detailed, highlighting areas of concern and ambitious plans that City Hall needs federal support to bring to fruition.

The Green candidate says he was won over by the presentation and will defend his demands if elected to represent the Mississauga Center in Ottawa. He identified plans to build a bus rapid transit corridor along Dundas Street, the city’s second busiest transit corridor, as the key to Mississauga’s future. He highlighted how the road will connect with the Huronartio light rail train (under construction) to create a more connected city.

â€œThe only thing left out are the people who use public transit the most, university students,â€ said LaferriÃ¨re. “The University of Toronto Mississauga [is] unfortunately a beautiful place but [has] very poor public transport. You go there and you see all the students arriving by car.

A rapid bus line would be a priority for LaferriÃ¨re if she were elected.

(Image by Isaac Callan / The Pointer)

The campus is currently served by routes 1C, 44, 101 and 110 (University Express). It takes about 25 minutes to get from the Square One neighborhood to the University of Toronto Mississauga campus and almost an hour to downtown Heartland near Meadowvale.

â€œThere is a project they are talking about along Dundas and I think it should be further developed,â€ LaferriÃ¨re explained. â€œIt would be a way to connect the University of Toronto to Mississauga, as it runs reasonably close to the UTM. They are talking about a bus rapid transit system and I would like to see something more than that, maybe a second light rail or something like that, but right now it’s a bus system. Bus rapid transit, maybe start with that.

Carrying his message to doors, Green Hope says he’s had a fantastic reaction. If he remains optimistic he will receive a record number of votes, but he has also heard the fears of some left-wing voters considering a tactical move.

“I hear people say, ‘Well, you know what, I would love to vote green, but I really have to keep the Tories out … because as bad as the Liberals are, the Tories are even worse. did he declare. noted.

COVID-19 is impacting all Canadians. In an age when everyone needs vital public information, The Pointer has removed our payment wall on all pandemic and public interest stories to ensure that every resident of Brampton and Mississauga has access to the facts. For those who are able, we encourage you to consider a subscription. This will help us report on important public policy issues that the community needs to know about now more than ever. You can sign up for a 30 day free trial HERE. Thereafter, The Pointer will charge $ 10 per month and you can cancel at any time directly on the website. Thank you

More buses with modern equipment in Thimphu Thromde from November