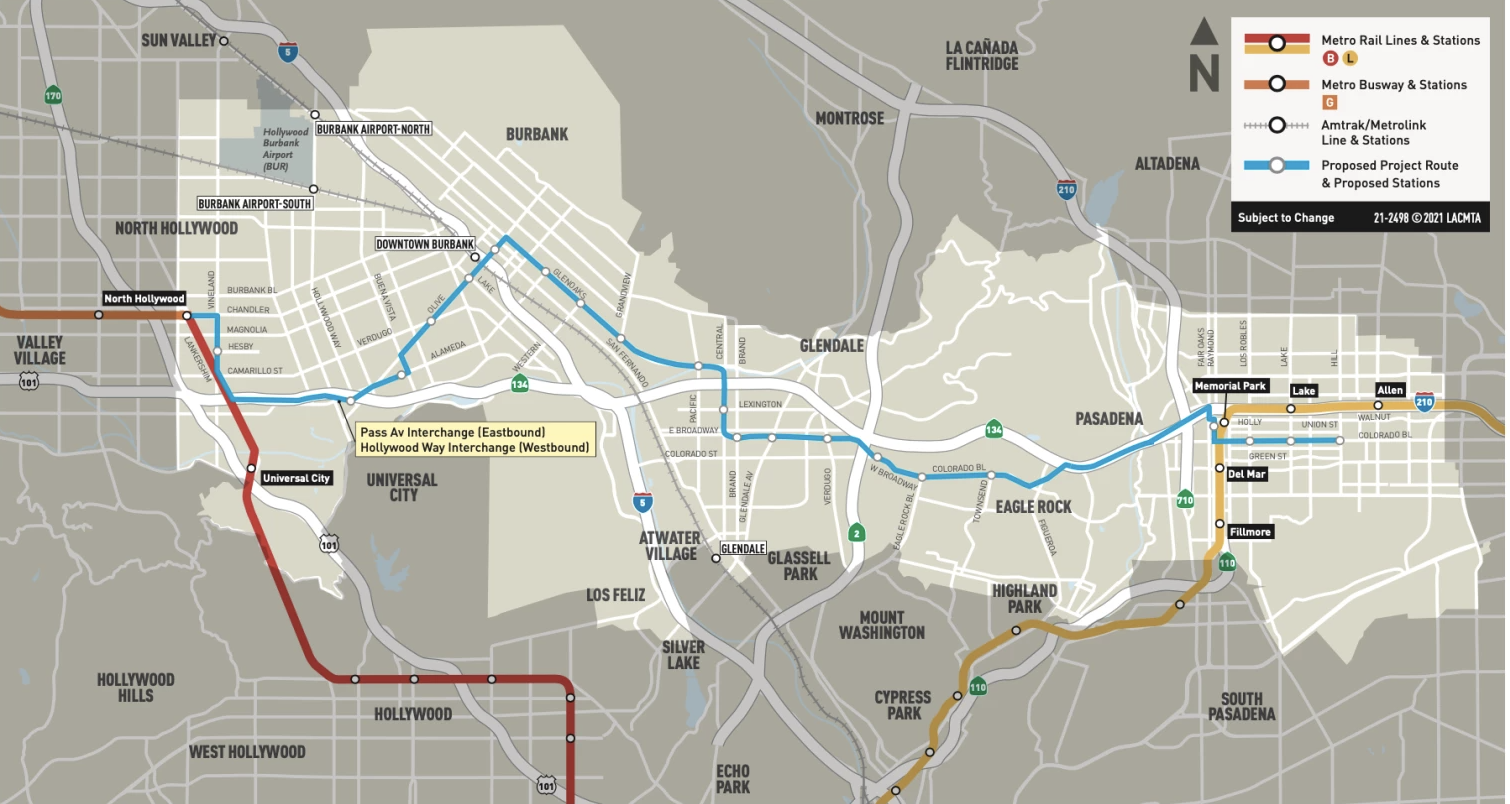 The North Hollywood to Pasadena Transit Corridor has been met with considerable controversy since its initial proposal in 2018. Metro released a draft EIR in fall 2020 before encountering an unexpected filibuster in spring 2021 from board member Kevin de León, who is now running for mayor. Some of the sharpest controversies created by the project centered on a planned alignment along Colorado Boulevard in the Eagle Rock neighborhood of Los Angeles. The final EIR includes the Colorado Boulevard alignment.

The final plan is to connect North Hollywood (a neighborhood in the San Fernando Valley in the city of Los Angeles) to Pasadena, also passing through several neighborhoods in Los Angeles in addition to the cities of Burbank and Glendale.

“The route will be approximately 19 miles with 22 stops, beginning at the Subway B/G (red/orange) line station in North Hollywood in the west and ending at Pasadena City College in the east. The BRT operates more like a ‘light rail on wheels’, with improved stations and prioritization at intersections,” says Fonseca.