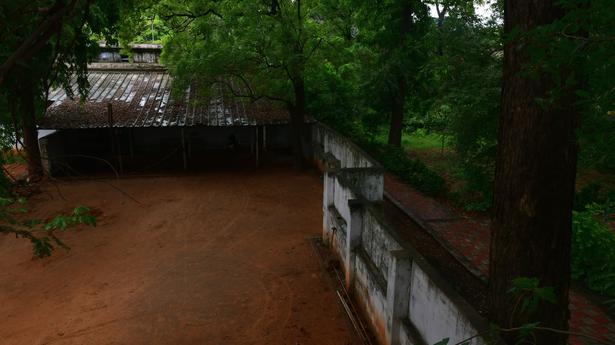 The Tiruchi City Corporation is soon to appoint a consultant to prepare a Detailed Project Report (DPR) for the construction of a bus terminal in Srirangam.

This is a long-standing request from people of Srirangam and devotees visiting Sri Ranganathaswamy Temple. With no organized bus stop, buses operated by the Tamil Nadu State Transport Corporation (TNSTC) and private carriers stop on the side of the road to drop off and pick up passengers.

In an effort to find a solution to the problem, the Corporation has made several announcements over the past 20 years regarding the construction of a new bus station. Some announcements were also made on the allocation of funds. But the bus stop proposals could not materialize for various reasons.

However, the Corporation’s recent announcement of the construction of a new bus terminal at the site where the demolished Srirangam Club operated and the adjacent park site near its zonal office has reportedly received a positive response from the from various stakeholders. A few days after the announcement and the visit of the Minister of Municipal Administration KN Nehru, the Company began the steps to level the proposed site. The process should be completed in a few days. He identified a few unproductive trees on the site. It is said that the civic body had requested authorization from the competent authority to exonerate them.

The company’s commissioner, R. Vaitchinathan, said The Hindu the cost of the project would only be known after the DPR was prepared. It would contain details of the number of bus bays, passenger and bus crew amenities and the like. It may not be a full-fledged bus stop. The proposed plan was to build a bus station with all facilities. The site had sufficient facilities to operate 10 to 15 buses. The current strength of the fleets operating in Srirangam and the future growth of passengers and buses would also be taken into consideration when designing the new terminal.