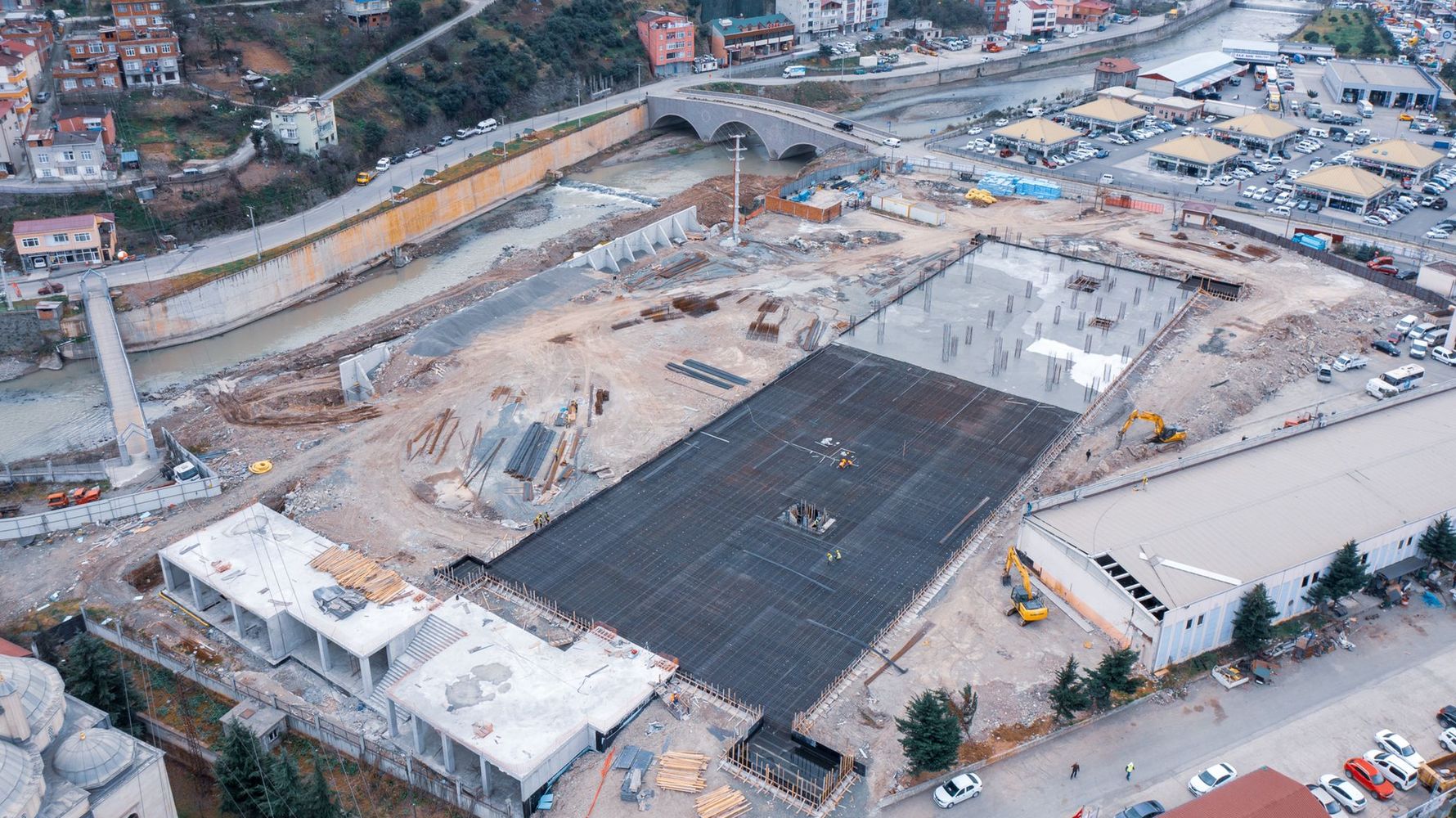 Trabzon Metropolitan Municipality Mayor Murat Zorluoğlu reviewed the new area of ​​the bus station, which is among the projects he attaches importance to.

The bus station, wanted demolished for many years by the inhabitants of Trabzon and become the bleeding wound of the city, takes on an image worthy of the city. Trabzon Metropolitan Municipality Mayor Murat Zorluoğlu reviewed the new bus station area and received information from company officials. During President Zorluoğlu’s interrogations, relevant department heads and company officials were accompanied.

THIS WILL BE AN AUTOGAR ADAPTED TO TRABZON

Mayor Zorluoğlu, who is keenly interested in the project and is pleased with the progress of the works, said: “The intercity bus station was a significant issue which has become a bleeding wound in the city in recent years. Although the current bus station is not able to meet the need, it is not suitable for Trabzon in terms of appearance. In our new bus station project, the foundations of the raft of our construction are now laid. Mechanical building completed. Basement shelters of the main building and 5,500 meters of foundation were fabricated. In addition to these, 80% of the riverside reinforcement and prevention expropriation curtains have been completed. The upper main buildings will be started in a very short time. This place will be exactly as it appears in the project. Thanks to technology, we have presented the interior of the bus station to our citizens. Thus, our fellow citizens have seen not only the exterior but also the interior of the building to be constructed. Hopefully, when it is completed, we will put in place a modern bus station that will meet the needs and suit our city.

104 VEHICLE PARKS WILL BE BUILT

Providing information on the new bus station project, Mayor Zorluoğlu said: “The new terminal, which houses bus platforms for 28 vehicles, will also have private parking for 104 vehicles so that our citizens can be comfortable. The building, which stands on a floor area of ​​approximately 5,000 square meters, includes transport and service units, as well as commercial areas for rent of approximately 1,200 square meters and office units of 800 square meters. We also receive positive feedback from our fellow citizens about this, and they tell us that they are looking forward to the new bus station.

NASCAR tests the next generation of cars at Daytona International Speedway