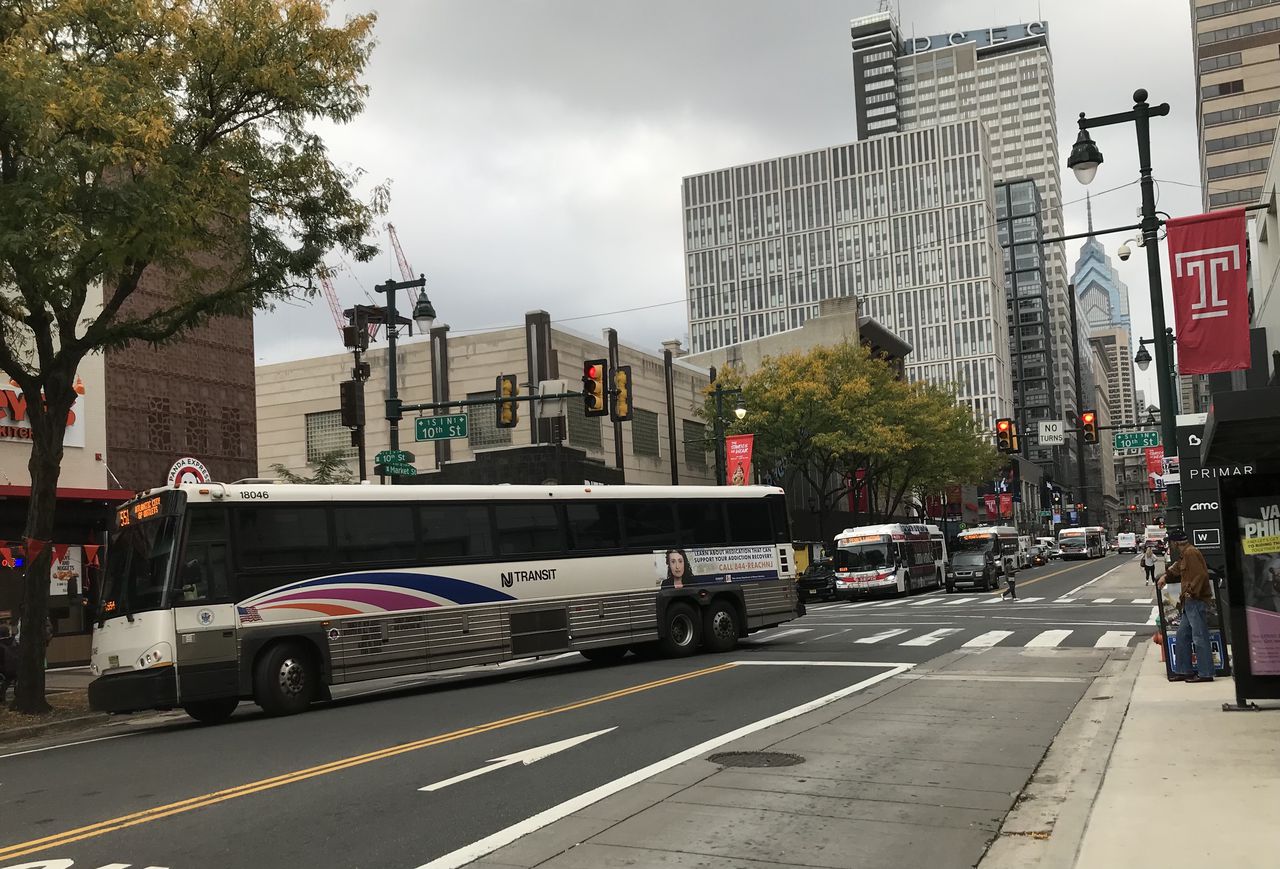 Commuters will get direct NJ Transit buses to Philly in June. Here’s how they do it.

NJ Transit commuters who travel to and from Philadelphia and lost their seat ride in February will get direct bus service in June, agency officials said Friday.

“We’ve removed five lines from Greyhound and the five lines are going back to Philadelphia with a one-seat ride,” Kilcoyne told council members during a committee meeting on Friday. “I would characterize it as a full (service) restoration.”

Five N.J. Transit Philadelphia bus routes 408, 313, 315, 317 and 409 were rerouted to Camden on Feb. 28 after officials disagreed with changes to this downtown terminal that, in their view, caused safety problems for passengers and workers.

A sixth route, the 551 continued to run through downtown, terminating one block from the Greyhound Terminal in Market and 10th Street.

“All five lines stop one block south, next to the Greyhound Terminal,” Kilcoyne said. “They’re pretty much back to where they were.”

Since the change leaving the Greyhound Terminal, commuters have had to change buses at the Walter Rand Transport Center in Camden. While NJ Transit officials had connecting buses at the same stop, some complained about long waits if a bus was cancelled. Others said it added more connections to their trip, especially if they transferred to buses, subways or SEPTA trolleys in Philadelphia.

“This is great news to hear,” said Delaware Valley Association of Railroad Passengers South Jersey representative William Ritzler. “The idea of ​​providing access to the 30th Street Station in Philadelphia increases the appeal of intermodal travel connections due to proximity to Amtrak and other long-distance bus service providers. A winner- a winner for interstate bus passengers on both sides of the river.”

Commuters will have additional options, as the 317, 408 and 409 buses will follow the route of other existing NJ Transit buses to operate past 6th and Race streets to Market, Broad, Vine and Main streets, it said. he declares.

“Customers can disembark at any NJ Transit bus stop on this route,” Kilcoyne said.

Routes 313 and 315 that begin in Cape May will also resume one-seat trips to and from Philadelphia, bypassing the Greyhound Terminal and stopping a block away at Market and 10th Street, it said. he declares. These buses will continue to loop around the 30th Street Station using the same route as NJ Transits’ other 30th Street Station routes, he said.

“The Bus Service Plan team has done a great job of recreating these lines,” Kilcoyne said.

“I wish board member Doshi was here, she would be happy to hear the staff come up with a creative solution to restore service,” said board member Shanti Narra, who is visiting. also in New York by bus. “I commend the staff.”

Our journalism needs your support. Please subscribe today to NJ.com.