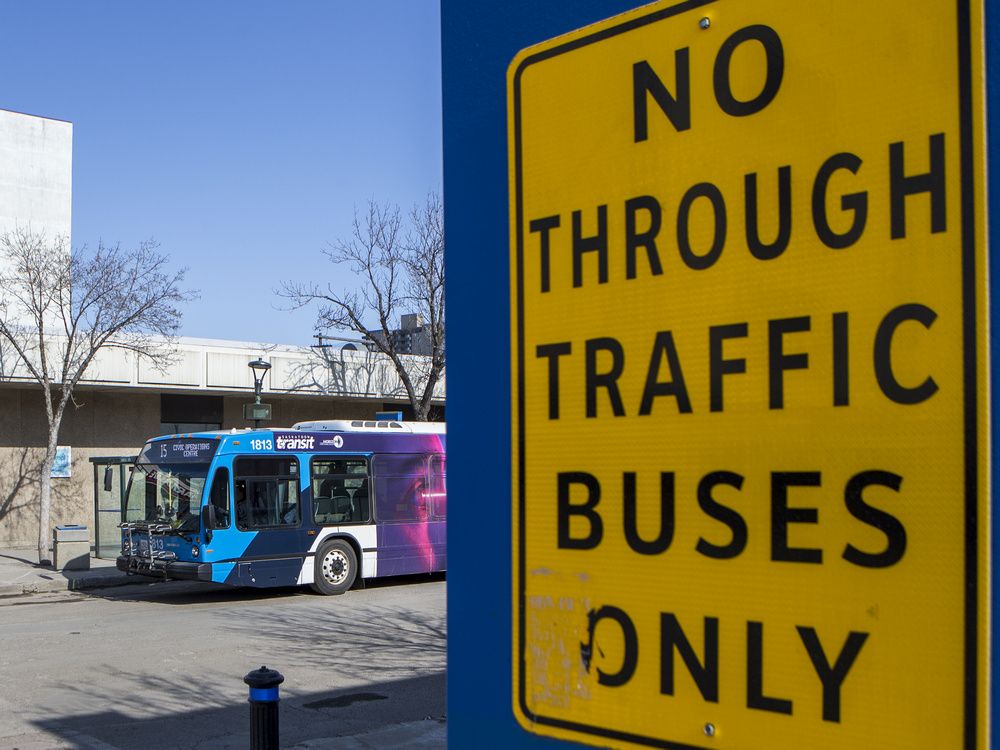 The city is about to complete the installation of protective barriers for Saskatoon bus drivers.

“This couldn’t have happened sooner,” said Darcy Pederson, president of Local 615 of the Amalgamated Transit Union, which represents the city’s transit workers.

We deliver the local news you need in these turbulent times on weekdays at 3 p.m.

A welcome email is on the way. If you don’t see it, please check your spam folder.

The next issue of Saskatoon StarPhoenix Afternoon Headlines will soon be in your inbox.

The council has approved a phased program in 2020 to install crash barriers fitted with safety glass on all city buses, after years of union advocacy over assaults on drivers. At that time, the cost of equipping the entire fleet was estimated at around $2.9 million. Drivers have also previously had vinyl shields installed in response to COVID-19, suggesting they had limited protective value and could obstruct sightlines.

“It’s a gratifying feeling,” Pederson said of the fact that the last of the city’s buses will finally be equipped with driver safety doors. “It makes me feel good that our members are there, that they are safe, that they are protected and that the city council is watching over them.”

The first phase of installations on 47 buses is almost complete. A request for quotation due to close at the end of the month is looking for a company to purchase and install barriers on the city’s remaining 79 buses.

A city spokeswoman said she could not provide details, such as an updated cost estimate, while the bidding remains open.

Pederson suggested the barriers will likely be removable from older buses and reinstalled in new ones as they go into service, particularly if the city sticks with its current vehicle suppliers. The city was unable to confirm whether this will be the case, again citing the open bidding process.

While the completion of the barrier project will conclude a safety priority for the ATU, Pederson repeated a call for some sort of additional security presence for Transit. He said this was necessary to supplement the de-escalation training provided to drivers to deal with unruly passengers or other potentially dangerous situations.

“I don’t want to call it ‘police’. But “tariff application” or “security”? I don’t know what it would be called. Just someone there to patrol the buses, the downtown terminal and the surrounding area; it gets quite dangerous,” he said.

District 3 Com. Earlier this year, David Kirton said he felt bus drivers were not getting enough support because they too often found themselves bearing the brunt of the homelessness, mental health and addiction crises that have exploded during the COVID-19 pandemic.

He ended up withdrawing a July motion for the city government to explore a transit safety program for Saskatoon. At the time, several council members said they were not comfortable discussing safety options without first seeing a more thorough assessment of the issue of bus driver safety and passengers.

Council is expected to revisit the issue at some point in the coming months, when city staff present a report with data on safety incidents on buses and at Saskatoon Transit facilities.

News seems to be flying towards us faster all the time. From COVID-19 updates to politics and crime and everything in between, it can be hard to keep up. With this in mind, the Saskatoon StarPhoenix has created a Afternoon titles newsletter that can be sent to your inbox daily to ensure you are up to date with the most vital news of the day. Click here to subscribe.