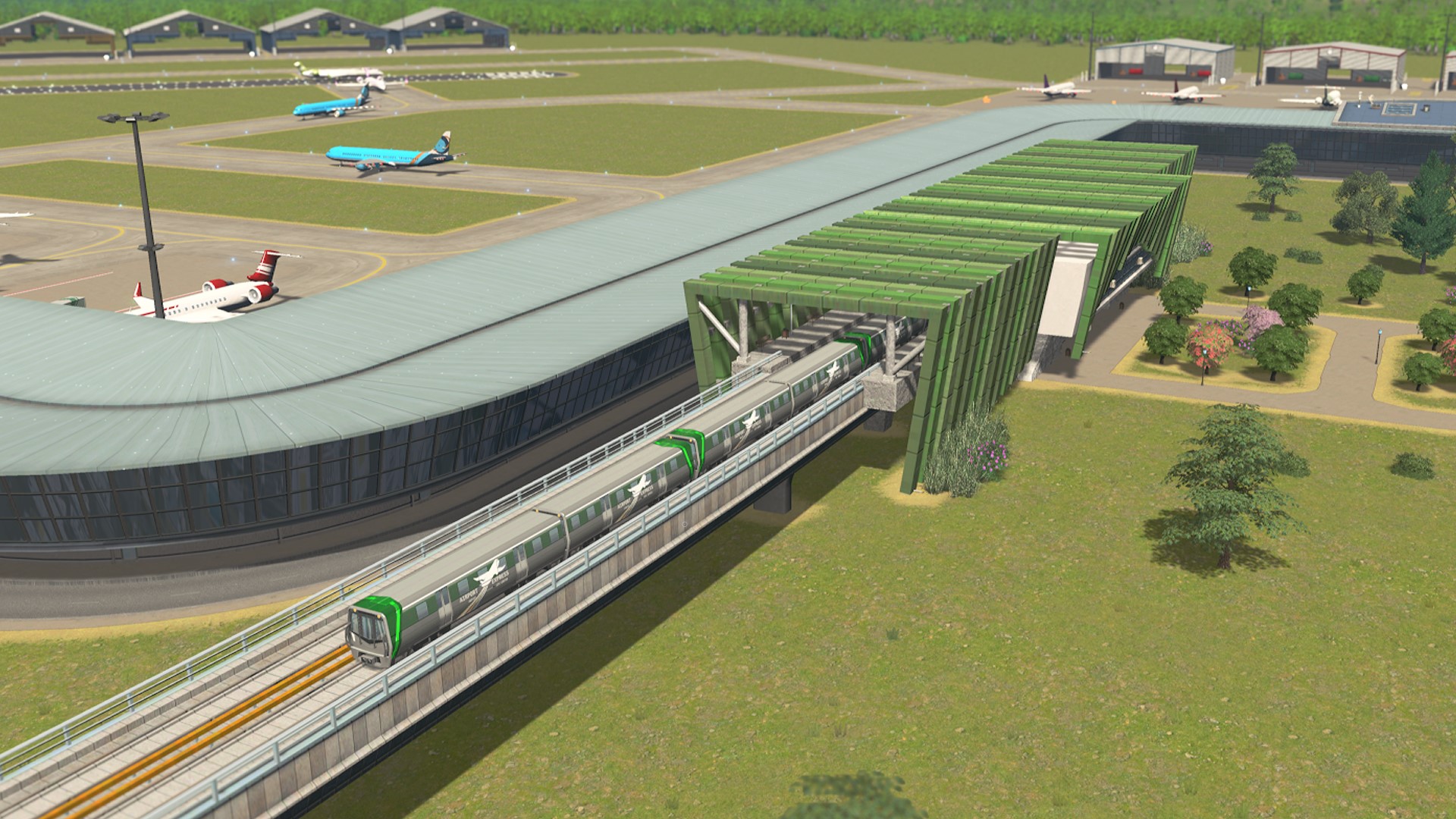 Cities: Skylines’ next big DLC ​​expansion is Airports, but airplanes won’t be the only new modes of transportation arriving with it on January 25th. The city builder add-on pack also adds new high-capacity buses, subways, and trains to get people from your brand new airport to the places in your city they can’t wait to visit.

As the latest dev diaries explain, airports in Cities: Skylines will level up as you serve more passengers and increase your city’s attractiveness rating. Each new level unlocks new options, and among these are more efficient and convenient means of transport that connect directly to your city’s existing transport networks.

In level one, you will be able to build an airport bus terminal to your airport, which you can equip with articulated airport buses and double-decker airport buses. Articulated buses can carry up to 50 passengers, while double-decker buses can hold up to 60, which is a nice improvement over the standard 30-passenger bus available in the base game.

This video tutorial, which Paradox produced with help from YouTube channel City Planner Plays, offers a whirlwind tour of the new transit options coming to the DLC.

Airport Express subway stations unlock on level two of the airport and can connect to your city’s light rail system. They are faster than the subways found in the vanilla game and carry up to 180 passengers, so they will help prevent your tourists from missing their flight home.

At level three, you will be able to add a train station to your airport, and these come with access to airport express trains. These, again, are faster than the passenger trains found in the base game and can carry up to 240 passengers per trip.

There’s a lot more to unlock with each level, like an aviation museum and an airline seat that lets your town host its own customizable airline. You’ll be able to soar to the friendly skies when the Airports DLC launches on January 25.