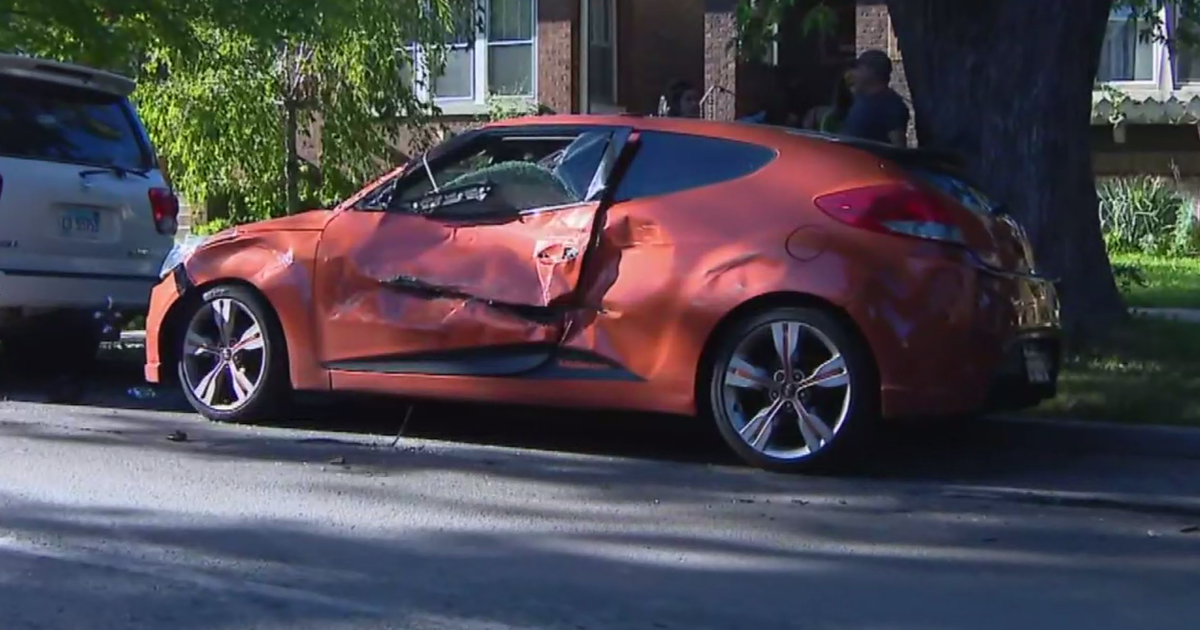 CHICAGO (CBS) – Residents of the Chicago Lawn neighborhood of the Southwest Side complain that their cars were left with dented bumpers, battered doors and broken, dangling mirrors.

As CBS 2’s Marybel González reported Tuesday night, neighbors blame a nearby construction project that they believe is creating dangerous detours in their neighborhood.

A line of cars ignoring stop signs, tractor-trailer trucks trying to turn around on a residential street – these are just some of the incidents that Chicago Lawn residents like Ernie Carrillo have filmed over the of the past five weeks.

The stage is near the intersection of 65th Street and Homan Avenue, a short walk from John F. Eberhart Elementary School.

“I walk my dog ​​every day, and that’s where I see it happening,” Carrillo said.

The influx of traffic in the neighborhood is due to road construction along Kedzie Avenue. West 65th Street—a one-way street—is the last street all northbound traffic can turn onto before Kedzie Avenue closes.

This means that all cars and large trucks must cross residential streets to get to main roads.

Fed up with the constant congestion, residents say they have taken their concerns to their alderman’s offices.

“They said they were going to try to do something,” Carrillo said. “But so far they haven’t done anything.”

But things only got worse. Jorge Flores and Luis Lopez say their vehicles – which were parked outside their home – were swept away by a reckless driver earlier this month.

“It just took off. It was going too fast and hit four cars,” Flores said. “Two of these four cars, two are mine.”

“My car was hit the hardest out of all the other cars. I struggled. I have to ask similar favors – friends, co-workers, even family to drive me to and from work,” added Lopez. “It’s difficult, because that’s the main car I had.”

No one has been hurt yet from the traffic jams, but locals are demanding road construction solutions before it happens.

“They can crush somebody,” Lopez said. “You never know what could happen.”

We contacted Ald’s offices. Edward Burke (14th) and Ald. Silvana Tabares (23rd) for comment. We have also contacted the Chicago Department of Transportation for a schedule for when construction will be complete.

Tuesday evening, we had had no news.