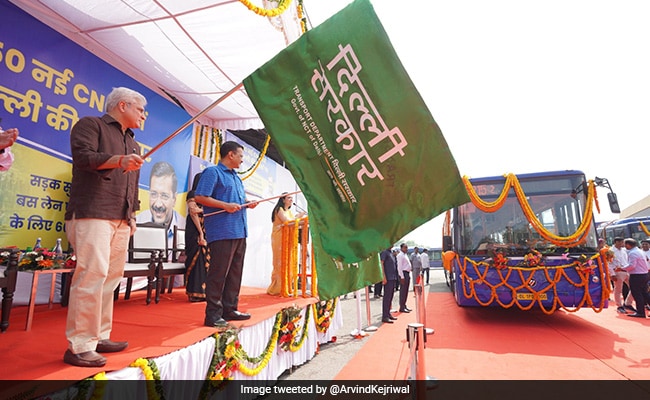 Pink seats for women, CCTV cameras and panic buttons with sirens – these are some of the features of the 50 new bus bundles announced by Chief Minister Arvind Kejriwal on Tuesday.

The buses, reported by Rajghat depot here, comply with Bharat Stage VI emission standard and are equipped with Intelligent Transport System (ITS), CCTV cameras and panic buttons with siren for safety passengers.

The low-floor buses have pink seats for women and the live feed from the vehicles will be broadcast to the Central Command and Control Center (CCC), officials said.

The buses are equipped with GPS and a heating, ventilation and air conditioning (HVAC) system as well as a fire detection and extinguishing system.

These buses will operate from the newly constructed bus depot in Bawana Sector 5 and aim to improve rural connectivity.

To date, the cluster buses operate on 360 routes. These buses will run on six additional routes.

(Except for the title, this story has not been edited by NDTV staff and is published from a syndicated feed.)