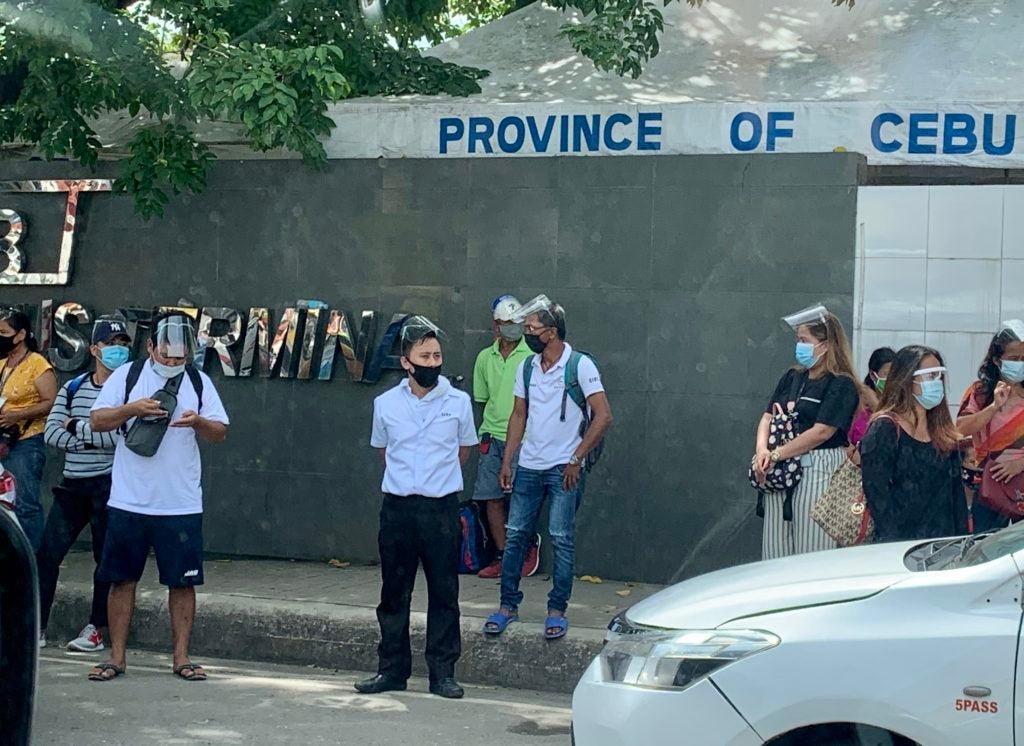 CEBU CITY, Philippines – Police officers from Cebu City will be deployed outside the South Bus Station to assist Cebu Province police officers to ensure that outgoing buses will no longer take passengers there and for s ” ensure that the buses only have passengers within the limit of the agreed capacity.

This after Governor Gwen Garcia expressed her concern during a meeting last Thursday, August 12, with Police Lt. Col. Clark Ariola, chief of the traffic control unit of the city police bureau. of Cebu (CCPO).

Garcia said she was concerned about passengers who preferred to wait outside the southern bus terminal to catch a bus, which terminal staff could no longer monitor.

She also raised concerns about bus drivers and drivers still carrying passengers even beyond their permitted passenger capacity.

With that, Parilla of the CCPO said that some staff from the Mobile Patrol Unit (MPU), a traffic officer and a traffic officer from the Cebu City Transportation Office (CCTO) will monitor the buses. which will pick up passengers in a non-stop area, and passengers who no longer respect social distancing while waiting for a ride within city jurisdiction.

The CCPO deputy director of operations also said there would be regular monitoring of N. Bacalso Avenue at the entrance to Talisay town to ensure compliance by bus drivers and drivers.

If there are any violators in this case, they will also be slapped with penalties for violating health protocols in the city.

Recently, Police Col. Engelbert Soriano said that a possible cause for the increase in COVID-19 cases in the province could come from those taking transportation, especially those returning home to the province.

Along with this, each municipal police station will also conduct random inspections of buses and V-rentals in their respective jurisdictions to ensure passengers are following health protocols.

In their implementation of strict public utility vehicle (VPU) monitoring and inspection in Cebu City, Parilla initially assessed that commuters and drivers were mostly compliant.

However, there were still others, who did not follow health protocols.

Police Lt. Col. Ryan Devaras, deputy director of administration for the CHC, said in their meeting with the city government earlier that over the past two days they still had many apprehensions.

On August 11, they registered 272 offenders, 228 were adults and 44 were minors. On August 12, there were 267 offenders where 219 were adults and 38 were rescued minors. The majority of violations are due to disregarding the curfew and not wearing face masks.

Parilla, for her part, said most violations occur during rush hour in the morning, around 7:00 a.m. and in the afternoon, after 6:00 p.m.

Parilla also said they are still awaiting orders from the city government if there are any adjustments to their security measures as Cebu City’s amended Community Quarantine Enhanced Status (MECQ) is extended until August 31.

Earlier today on August 13, Cebu City Acting Mayor Michael Rama also called on the city police to force the deployment of police to all areas to ensure strict adherence to protocols. sanitary facilities.

Tricited under MECQ, Cebu province under GCQ with increased restrictions until August 31

Montealto: Compulsory use of terminals to avoid overloading buses

Disclaimer: Comments uploaded to this site do not necessarily represent or reflect the views of the management and owner of Cebudailynews. We reserve the right to exclude comments that we deem inconsistent with our editorial standards.