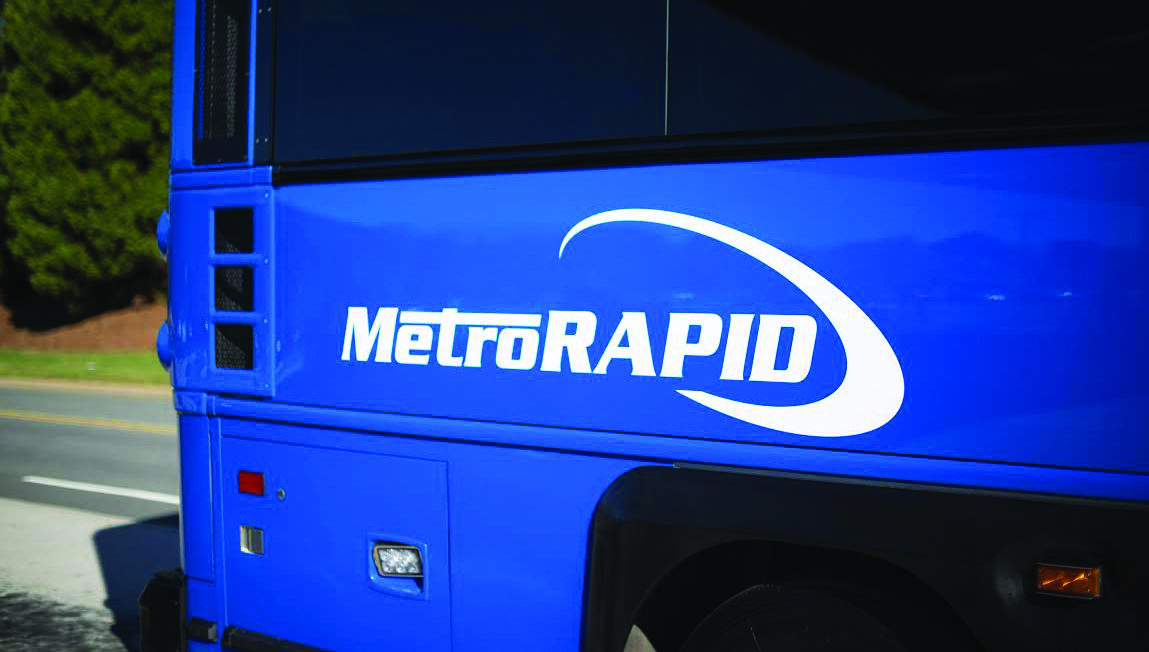 December 20. By Dave Vieser. When developments such as Antiquity were built, potential buyers – many of whom lived and worked in Charlotte – were told that a commuter train line would be built alongside a nearby freight line, to provide fast transportation to and from Queen’s Town without encountering I-77 delays.

However, several issues have arisen over the past decade, including Norfolk Southern’s refusal to allow access to its right-of-way. With little indication that this situation would change, CATS (Charlotte Area Transportation System) launched the I-77 Bus Rapid Transit study.

What is the BRT?

BRT is an express bus service that would connect Lake Norman to Uptown. The BRT would essentially replace the planned commuter rail service, known as the Lynx Red Line, which ran along the existing Norfolk Southern O-Line right-of-way. Called MetroRAPID, it is a rebranding and redesign of four existing express bus lines, designed to use the I-77 toll lanes. The target date for the launch of the service is 2029.

According to CATS project manager Brian Nadolny, the intention of the BRT study was to examine ways to get express buses off the highway more directly and efficiently. The current Cornelius Park and Ride express bus â€” Route 77X â€” enters and leaves the city using West Catawba Avenue. â€œIn Cornelius, we especially looked for ways to avoid travel on congested West Catawba Avenue,â€ Nadolny said.

â€œUnfortunately, the Cornelius Park and Ride parking lot is further from the freeway than we would like and there is no median on I-77 at exit 28,â€ he said.

The suggested modified express routes assume the Cornelius buses would not also travel to Davidson, as they currently do.

Northbound: Buses should move to the general-purpose lanes, then enter the exit ramp at Exit 28, cross I-77, then turn left onto the ramp southbound and merge onto a new bus lane on the right. This lane would merge with Chartwell Center Drive, and buses would then use Liverpool Parkway and Sefton Road to reach the Park and Ride car park.

Southbound: Buses would take Liverpool Parkway to West Catawba Avenue, then enter I-77 for the express trip south to Charlotte.

Nadolny also said CATS would be linked with any construction of a future Exit 27 on Westmoreland Road, which could theoretically provide another express lot near the highway.

It’s been a roller coaster for obvious reasons. Route 77X covers both Cornelius and Davidson. There are currently a total of 17 trips per day. Before the pandemic, CATS made about 31 trips a day. Currently they operate on a 20 minute frequency from the Cornelius Park and Ride parking lot during the morning and evening rush hours.

Ridership figures show the impact of the pandemic on the use of 77X express buses:

CATS increased frequency on many Express bus lines in July 2021 in anticipation of increased demand due to businesses returning to work in person.

It’s hard to say, but in a recent international poll conducted by Mass Transit magazine and Hitachi, 92% said it would be lower than what we used to see before the pandemic.

There is no weekend service at the moment, but there may be in the future. â€œThe BRT study also calls for additional service during the days, nights and weekends,â€ said Juliann M. Sheldon, CATS community relations manager.

Bottom Line: As compact cars dwindle, what are my options for something small, green, and not too basic?