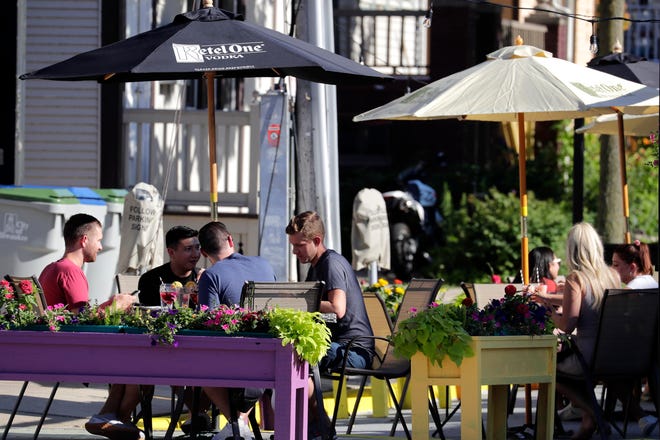 A Brady Street business group wants to explore the idea of ​​closing the street to cars after a pedestrian was struck and killed this week by a fleeing driver.

The Brady Street Business Improvement District Board of Trustees voted to continue the study into the “pedestrianization” of the street, known for its many bars and restaurants.

The district, which is funded by assessments on the street’s commercial landlords, will work with the Department of Public Works and other city officials “to ensure that this study examines all aspects of the impact of the circulation and offers a variety of options,” according to a Thursday. announcement.

The group will seek feedback from neighborhood residents and business operators, he said.

Any decision to close the street to cars would require the approval of City Council and Mayor Cavalier Johnson.

Related:Milwaukee police released photos of the car involved in a fatal hit-and-run accident on Brady Street

The district’s action comes after the death of Arne J. Bast, 32, after he was hit by a driver late Sunday night in the 1200 block of East Brady Street, near the intersection with North Franklin Place .

“Arne was a Brady Street employee, friend and fixture, and he will be greatly missed,” the district statement said.

The statement said the district has invested in traffic cameras and enhanced event security in an effort to protect Brady Street.

“The events of this week compel us to advocate for a stronger partnership with the City of Milwaukee,” he said.

Brady Street is one of two streets on the east side that are now being considered as possible pedestrian plazas.

Developer Tim Gokhman lobbied for about half a block of East Ivanhoe Place, east of North Farwell Avenue, to be closed to cars.