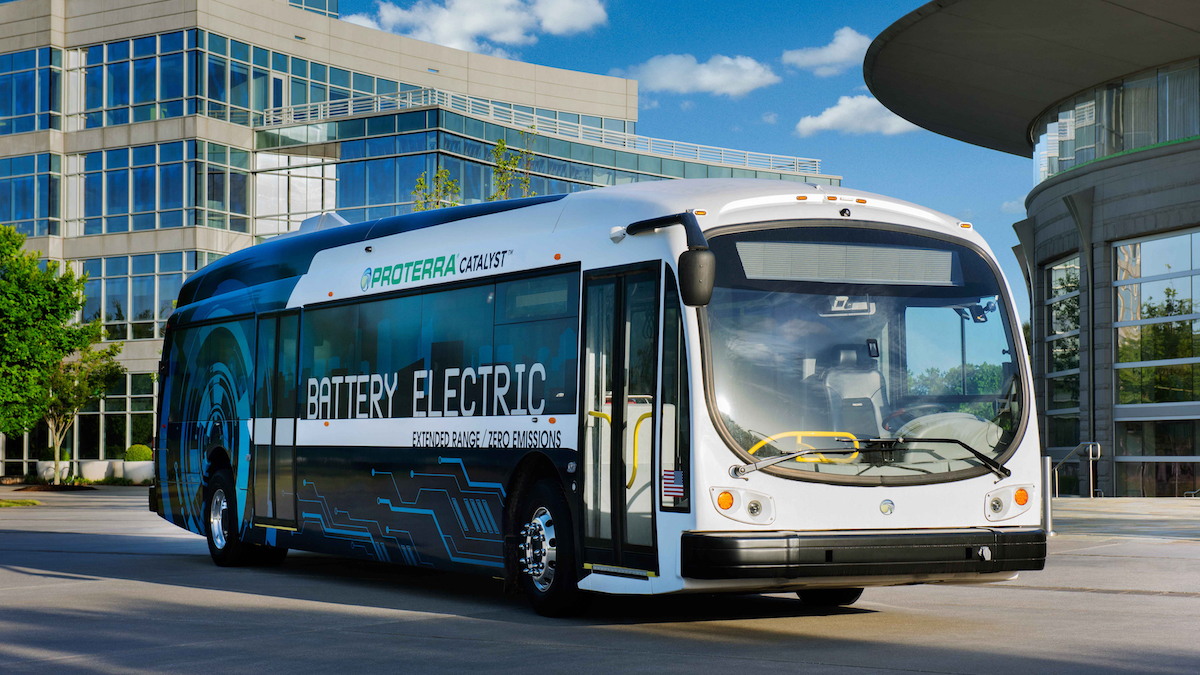 The problems with SEPTA’s Proterra buses started even before they took on paying passengers.

In 2017, SEPTA selected two pilot routes to demonstrate the new Proterra. Both were located in South Philadelphia and specially chosen because they were short and flat – optimal conditions for buses that need regular recharging and with diminishing battery life over hilly terrain. But even these routes required buses to go about 100 miles each day, while the Proterra only averaged 30-50 miles per charge. Officials also quickly realized that there was no room at the ends of either route for charging stations.

Eventually, SEPTA issued a change order asking Proterra to provide longer-range buses to facilitate recharging – essentially, vehicles loaded with more batteries that could average over 100 miles per day before recharging. The agency has also invested millions in upgrading the nearby southern bus depot to provide space for charging stations.

By the time the buses were delivered in 2019, SEPTA’s public relations campaign around the introduction of new, greener buses was in full swing. Becky Collins, Head of Corporate Sustainability Initiatives at SEPTA, described the agency as having overcome the aforementioned logistical hurdles with Proterra’s advanced long-distance bus fleet.

â€œThe technology continues to improve,â€ Collins said of the new fleet in a June 2019 Inquirer article about the bus launch. â€œIt just keeps getting better and better. “

But at this point, SEPTA and Proterra already knew that the heaviest buses were creaking.

A letter from Proterra to SEPTA says “non-structural skin coating cracks” were first detected in the chassis of buses in May 2019, a month before the start of official service. But hair cracks have been dismissed by the company as purely cosmetic, and SEPTA spokesman Andrew Busch said Proterra had made a plan to repair the cracks by the fall of that year, promising that this “would not happen again”.

The cracking problem, of course, recurred. In some cases, in addition to previous repairs. Photographs circulated internally show cracks were present all over some buses – around windows, doors, light fixtures – sometimes with inch-sized pieces of frame missing.

SEPTA mechanics also discovered another problem in January 2020: The brackets holding the equipment mounted on the roof were failing. The manufacturer agreed to fix the brackets, but continued to insist that the cracks were “a non-structural cosmetic issue.”

SEPTA did not buy it this time. The buses were taken out of service in February 2020.

“This continuation of the cracking problem has raised concerns from SEPTA that the root cause of the cracking has not been identified or corrected by Proterra, and that these cracks could be or are spreading into structural issues,” Busch said.

What followed has been a prolonged legal back-and-forth that continues today, with Proterra now that the buses are expected to return to service and SEPTA insisting on a fix.

â€œProterra and its structural consultantâ€¦ did not cooperate in the resolution process,â€ wrote vehicle engineering director Dave Warner last summer.

The official cause of the problems remains a point of debate due to this ongoing dispute. But some sources believed the switch to heavier, longer-range buses, even needed for SEPTA’s shorter routes, could be the culprit.

Ofsevit said the underlying problem is that the batteries are simply much heavier than a tank of fossil fuel while providing less power, leading manufacturers to add heavier batteries while reducing weight. of the frame to compensate.

â€œBattery-powered electric buses used composite frames to reduce weight,â€ he said. â€œBut it can have unintended consequences when you move mass, adding extra batteries. You move more weight on the front or rear axles.

Proterra frames were made from a composite material. Unlike all-metal frames, they used a mixture of resin, fiberglass, carbon fiber, balsa wood and steel backing plates, according to a SEPTA Crack Report. Lawyers for the company would later equate the problem with cracked paint applied to a metal frame, raising doubts that the problem could ever be “solved.”

“Proterra is unable to repair or permanently prevent the recurrence of … cracking because it is an inherent part of the composite material of the body,” wrote Josh Ensign, Chief Operating Officer of Proterra.

Yet today Proterra maintains that the SEPTA fleet will be returned to service – eventually.

â€œWe are working cooperatively and productively with SEPTA to get their buses back into service so that passengers and the community can enjoy the benefits of our clean, quiet and zero-emission electric transit buses,â€ the carrier wrote. company word, Shane Levy. â€œOur buses have provided over 20 million kilometers of service to communities across North America, and we look forward to our buses meeting the needs of SEPTA transit riders. “

But in the meantime, there have been other costs associated with the issues. SEPTA retained attorneys for Duane Morris to assist in the Proterra litigation as outside counsel, billing the agency over $ 57,000 in June 2021. Energy supplier PECO had purchased a contract two-year publicity for a $ 650,000 bus to promote the SEPTA all-electric fleet, which ended after the Proterra decommissioned. (Busch said the timing was incidental and the contract just ran its course).

Internal SEPTA emails show that as the bus issues crept into a second year, some seemed increasingly frustrated that there would ever be a resolution.

“Regarding the Proterra buses, we still hope that their buses will eventually be put back into service? Really? â€Deputy Managing Director Kim Scott Heinle wrote in February 2021.