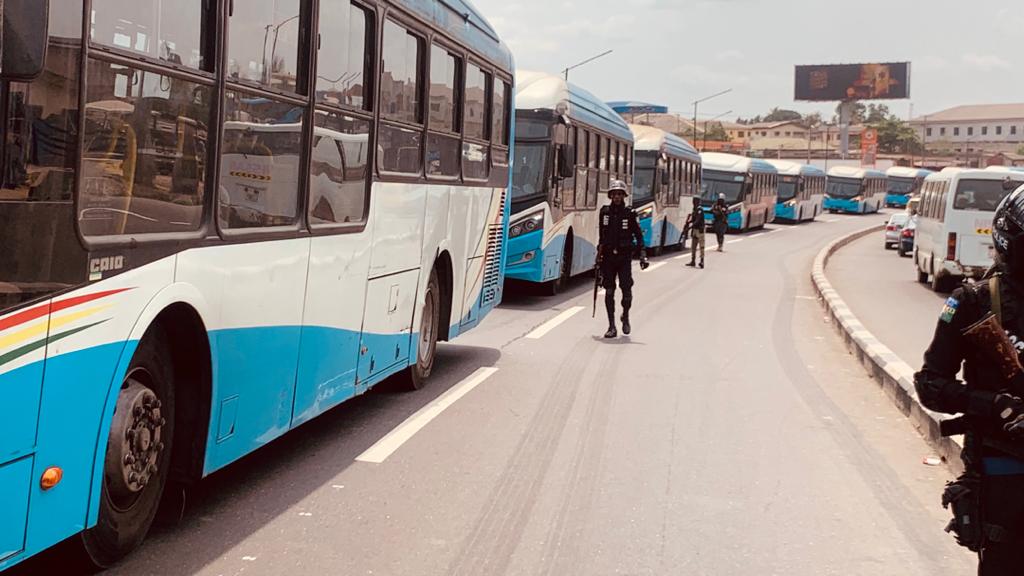 Bamise: Why some BRT buses don’t have CCTV

Governor Babajide Sanwo-Olu of Lagos on Tuesday reacted to public concern over the lack of a Closed Circuit Television (CCTV) camera on the Bus Rapid Transit (BRT) on board Bamise Ayanwola, before she was murdered.

Ms. Ayanwola, 22, has faded away returning to Ota from Ajah on February 26, when she boarded a BRT bus number 240257 bound for Oshodi at around 7 p.m. at the Chevron bus stop. His body was discovered a few days later.

Shortly after the news of her disappearance and death came to the fore, many social media users raised concerns about safety measures for commuters frequenting the BRT.

Speaking to the press at the Mobolaji Johnson Arena in Onikan to commemorate International Women’s Day, the governor said buses bought overseas about two and a half years ago have built-in cameras and trackers to their operations.

“I don’t need to mention the names, but they were sourced locally. It’s unfortunate that this particular incident happened.

The governor warned members of the public not to board the BRT after bus services shut down in the evening.

While on the BRT, Ms Ayanwola had sent a short video to her friend about how dark the BRT was.

He said buses that closed for the day would indicate so by turning off their interior lights.

“Any bus that is still in service will certainly not have its light turned off and so this is something citizens should be aware of.

Mr Sanwo-Olu described those who accuse his government of being “low-spirited and without a conscience”.

“I have seen several stories and editorial staff on this subject. Some people are extremely sensational, posting and saying that the Lagos State government wants to cover up something; even my person wants to cover something,” he said.

“I think people trivialize life and make them see everything as if they want to score a cheap point. I think this message should be for people like that – they are weak-minded and have no conscience.

However, the governor expressed confidence in the competence of the Nigerian police to bring the case to a conclusion.

Support the integrity and credibility journalism of PREMIUM TIMES

Good journalism costs a lot of money. Yet only good journalism can guarantee the possibility of a good society, an accountable democracy and a transparent government.

For free and continued access to the best investigative journalism in the country, we ask that you consider providing modest support to this noble endeavour.

By contributing to PREMIUM TIMES, you help sustain relevant journalism and keep it free and accessible to everyone.

Commuters complain about withdrawal of BRT buses in Lagos