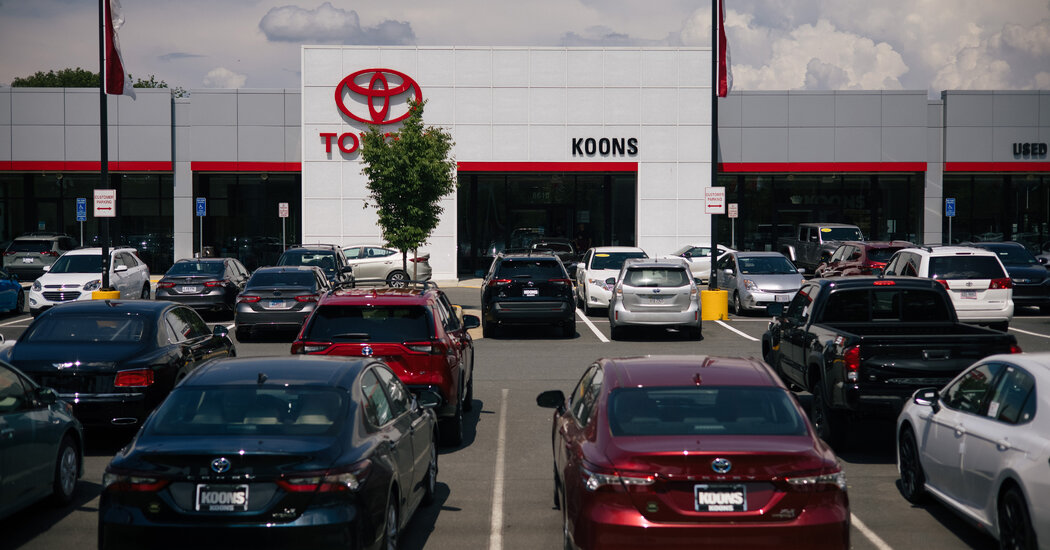 Autonation says half of cars arriving at dealerships are already sold

According to AutoNation, the nation’s largest auto retailer, the tight supply of new and used cars that has dampened auto sales and pushed prices up hasn’t abated and is expected to persist well into this year.

Half of all new Chevrolet, Ford, Toyota and other major brands arriving on dealer lots in the next 90 days are already sold out, AutoNation said. The market is even tighter for luxury cars: nearly three out of four cars arriving at dealerships in the next three months will be “pre-sold,” meaning a customer has paid a deposit and is waiting to purchase the car upon arrival. .

“This tight inventory situation is sure to last through the first half,” AutoNation chief executive Mike Manley said. “Hopefully we will see an improvement in the second half.”

Selling cars before they arrive from the assembly plant is a substantial departure from the traditional industry practice of stocking hundreds or even thousands of vehicles at dealerships that may sit for months. before being sold. It also means automakers will have a long way to go to restock dealership lots with new vehicles.

The shortage stems from the early days of the pandemic, in 2020, when car factories closed for almost two months. The problem has been compounded by a shortage of computer chips, which has forced manufacturers over the past 12 months to temporarily ground factories for weeks.

The tight supply allowed dealers to sell cars at their list price, or even higher.

Those higher prices helped AutoNation reap record profits in the final quarter of 2021, the company said Thursday. The company reported a profit of $387 million, more than double the profit of the previous year. Revenue rose 14% to $6.6 billion.

Profit jumped despite a 20% drop in new car sales to 57,601, reflecting higher prices. Used car sales, the prices of which also increased significantly, rose 21% to 74,442.

Mr. Manley said it was difficult to predict whether AutoNation could sustain such high profit levels this year. Vehicle supply and the chances of increasing new-vehicle sales are heavily dependent on the computer chip shortage improving, as automakers hope. The Federal Reserve also indicated that it would likely raise interest rates, which would increase the cost of financing vehicle purchases.

“The profitability that we have been able to develop puts us in a good position,” he said. “But one thing I don’t want to predict is what’s going to happen in the whole industry, because you have a lot of moving parts.”