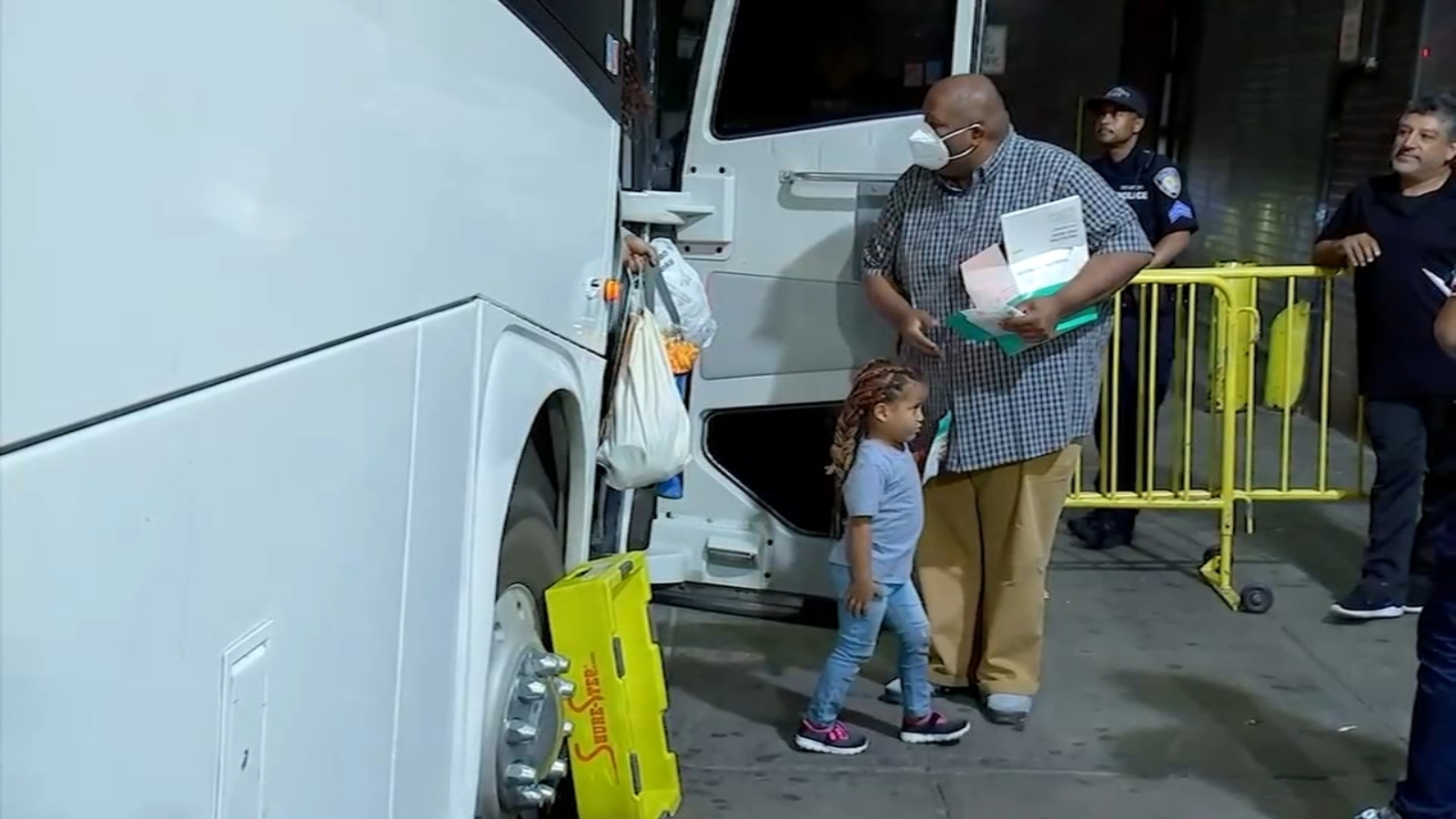 NEW YORK (WABC) — A total of nine migrant buses arrived on Monday, the most in a day since southern states began sending them to New York and surrounding areas.

At least 9,500 migrants are currently in the city’s accommodation system and the city has already opened 23 emergency shelters.

Mayor Eric Adams is calling for better coordination from southern state governors who continue to send people across the country to other states without warning or communication.

“We’re not telling anyone that New York can accommodate all of the migrants in one city,” Adams said. “We’re saying as a sanctuary city, right to shelter, we’re going to fulfill our obligation. And when we contacted Governor Abbott and said, can we coordinate? They refused to do that.”

A woman spoke to Eyewitness News as she got off a bus from El Paso at the Port Authority bus station, describing her journey as difficult and dangerous.

She traveled to El Paso and became one of more than 1,000 migrants there to be bussed to New York, although she said adult children were still in Texas.

El Paso now rents its own charter buses for these trips, and as someone who worked in El Paso, Eyewitness News reporter Janice Yu said she’s been covering immigration for years. But what is happening now is something she has never seen before.

Adams said the city’s shelter system was at breaking point, with at least 13,000 migrants arriving since the summer.

El Paso Mayor Oscar Leeser said that in the past, the majority of migrants who came to the United States had a sponsor — a family member or friend already in the United States who could help with things like transportation.

But that’s not the case right now, so he said El Paso was sending asylum seekers to cities they wanted to go — and many of them said New York.

Adams says New York will continue to be a sanctuary city, but he wants migrants to come voluntarily and in a humane way.

“We want to continue what we have always done, and that ensures that people who have come to this city have been treated humanely,” Adams said. “We don’t see that now. This humanitarian crisis was created by human hands, and I believe it was a political ploy.”

New York Governor Kathy Hochul said she has a call with the White House on Wednesday and will discuss ways to get asylum seekers into the job market more quickly so they can begin to establish a solid foundation for their families.

“I have already spoken to Secretary Mayorkas several times about our common interests in getting federal help for this crisis, to help all of us,” Hochul said. “But also to address the work issue and the time frame in which people may be able to have legal capacity to work at that time, while they wait for a court decision on their case.”

* Send us a news tip