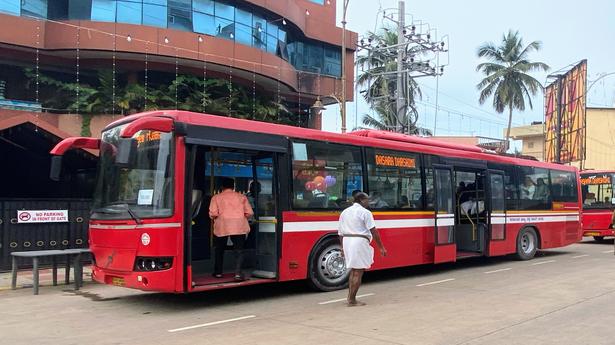 With an aggressive response to its ‘Dasara Darshana’ temple tour package, Mangaluru Division of Karnataka State Road Transport Corporation has not only added four air-conditioned coaches to the service but also introduced a similar package for Udupi.

The company, responding to the huge demand, has also introduced two buses for the package tour from Thokkottu, south of Mangaluru, while other buses depart from its terminal in Bejai.

On the first day of the introduction of the package tour on September 26 itself, the three buses (midi-cars) operated at full capacity and the company increased their number to eight.

From Friday, it also introduced three Volvo coaches to meet demand with a fare of ₹400, compared to ₹300 on regular services.

All of these services depart from Bejai, with the first temple on the circuit being the Mangaladevi. From Thokkottu, KSRTC started operating two Karnataka Sarige coaches by popular demand from Saturday. Mangaladevi is also the first visiting temple for these buses.

Realizing there was a similar demand in Udupi, the company deployed four midday coaches for the temple tour in and around the city starting Thursday with two buses, and increased the number to five on Saturday.

The company will also launch a Dasara package for temples in the Udupi district of Mangaluru from October 1 to October 4. return to Mangaluru at 6:30 p.m., specifies an official press release. The package costs ₹450 for an adult traveler in the regular coach.

Tickets for package tours can be booked online www.ksrtc.in or at its pre-booking counters.