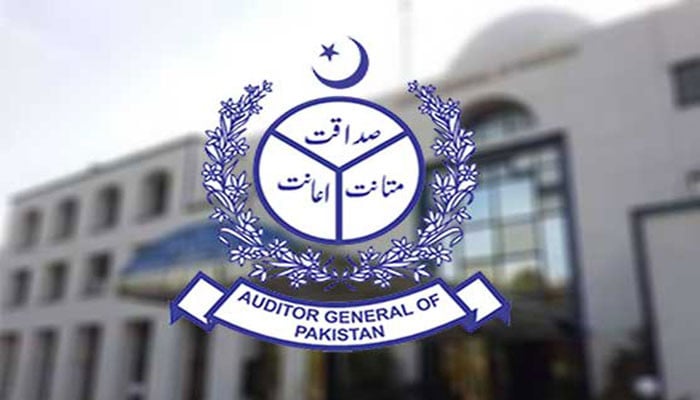 Khyber Pakhtunkhwa’s special assistant to chief minister and provincial government spokesperson Kamran Bangash told this correspondent that the audit report is a routine procedure in which certain objections are identified in the absence of records. through audit paragraphs. He said many objections and issues are resolved at the Ministerial Accounts Committee (DAC) meeting while the rest of the audit report is presented at the Public Accounts Committee (PAC) meeting. He said the government would fully defend all of PAC’s objections as there was no corruption in the Bus Rapid Transit project.

The 2018-19 audit report found that the provincial government approved the payment of Rs300,000 per month as BRT allowances to the officers of the project monitoring committee, including the additional chief secretary and secretaries. provincial, but a sum of 10 million rupees was in addition. paid to these officers. The officers included the then additional chief secretary, Shehzad Khan Bangash, and former secretaries Kamran Rehman, Syed Jamaluddin Shah and Zahir Shah.

Likewise, an amount of 11.02 million rupees was illegally paid as BRT allowance to officers / officials whose designation / positions were not mentioned in the revised PC-I which was declared unauthorized payment? Likewise, a sum of Rs3.737 million was paid to various 143 internees in respect of their salary without provision in the revised PC-I. The payment of Rs3.373 million is held authorized. The managing director of the Cantonment Board in Peshawar received Rs 24.250 million for disruption fees. There was no provision to this effect in the approved PC-1, therefore the same was charged to funds provided for the relocation of utilities. The expenditure of 24.250 million rupees was found to be irregular. The PDA incurred expenses of Rs21.881 million on the payment of salaries to staff and POL for various vehicles. The same has been adjusted for the cost of vehicles purchased under the BRT. The audit is of the opinion that the purchase of the vehicles was not a legitimate charge on the BRT; therefore, the same must have been recovered.

Likewise, in 2017-2018, a balance of 1248 million rupees was not retained by the ministry. In addition, the overall fictitious expenditure of 2.68 billion rupees is considered irregular and must be justified.

It was pointed out that the payment to the tune of Rs 40,561,084,538 / – was made to various contractors. Rehabilitation costs for disabled persons at the rate of Rs 2,000 per million, amounting to Rs 170.711 million, were to be deducted. On the contrary, a deduction of 4.293 million rupees was made. This resulted in a loss of 143.586 million rupees. The audit report indicates that BRT funds in the amount of Rs1500 million were transferred from the United Bank account to the Bank of Khyber. During this period, the BoK only allowed interest on the principal amount without adding the interest amounting to Rs41,987,994 / earned during the period. This resulted in a loss of Rs139. 026 million to the government. The loss of 139.026 million rupees requires investigation and responsibility for redress. It was pointed out that the contractor damaged PDA assets while removing them from the site. While it was his responsibility to take it apart and hand it over to the PDA and also pay the machinery costs. On the contrary, most of the items were damaged but they were neither repaired nor their cost amounting to Rs.54.891 million recovered from the contractors.

The M / s Maqbool Calsons was paid Rs12.633 million for the new green belt. During the physical check of the site, it was found that the contractor provided only fresh soil and payment was made. He had neither provided the elements mentioned in the specifications nor his reduced rate as a result. Full payment was made resulting in an overpayment of Rs 11. 369 million to the entrepreneur.

The report indicates that during the verification of the declaration of tax collection of the ministry for 2014-15 to 2017-18, it was observed that a share of 60% amounting to Rs24.759 million was less deposited on the government bank account by the service provider. The profit made on the BoK PLS account amounting to Rs 42.986 million was not deposited in the Treasury by the Department of Transport.

It was pointed out that the local office executed the work items as non-BOQ, non-removable formwork 296 of prefabricated beams for Rs79,972,813, the audit is of the opinion that the formwork was included in each concrete, therefore, his approval under the non-BOQ work item was irregular.

Therefore, the expenses of Rs 131,889,613 thus incurred must be recovered. Bank statements were reviewed and found that interest of Rs 71,053,437 was earned on two accounts until 6/2019 but was not credited to the provincial government account. The retention of interest amounting to Rs71, -035,437 was found to be irregular and should be subject to audit.

The report further states that M / s Maqbool Calsons JV was paid Rs924,176 for work items, excavation of unsuitable common materials complete in all respects. They were also paid for another item of work outside the BOQ, namely the disposal of surplus common material (already excavated / debris) Rs 43,455,802. Likewise, Rs 47,471,072 was paid to the same contractor in due to the elimination of unsuitable existing material. The audit is of the opinion that the last work item has been covered in the first work item hence its approval and payment as a Non-BOQ work item is a duplication of the work item paid earlier. The payment of Rs 90.27 million made was therefore deemed irregular and must be recovered.