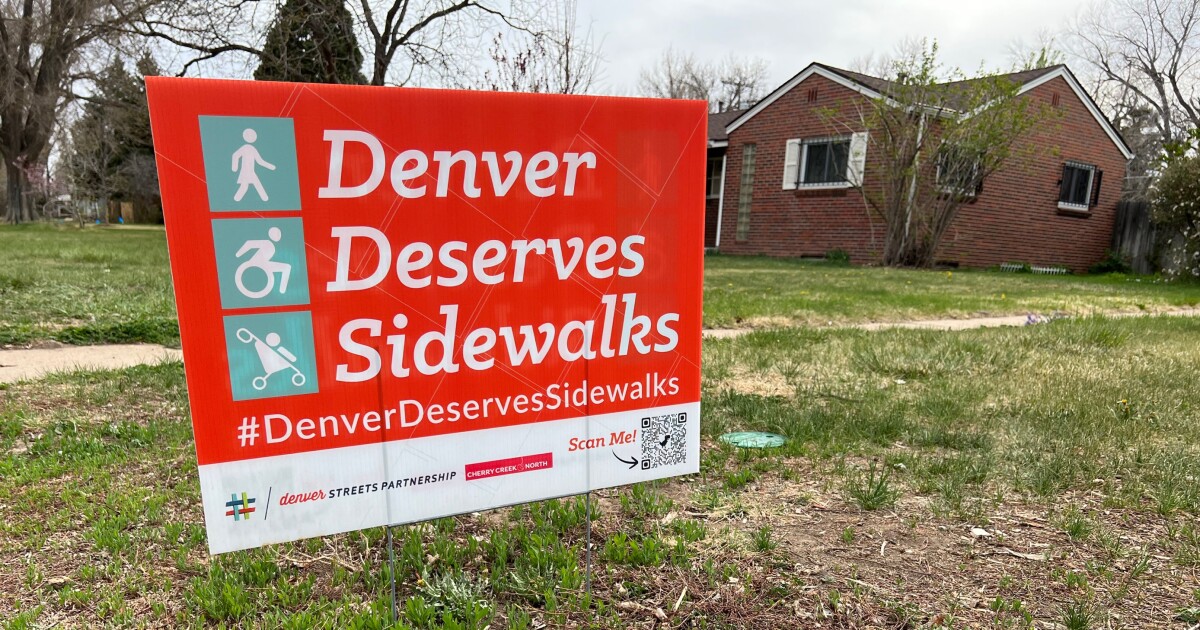 DENVER â€” Nearly half of Denver’s sidewalks are missing or too narrow, according to city documents, not counting those that are broken or damaged. This is why the Denver Streets Partnership started on “Denver deserves sidewalks” campaign.

The group says they’re done waiting on the town. They are now turning directly to voters, asking them to approve a new tax on the November ballot that would pay for a faster overhaul of Denver’s walkways.

Currently, individual homeowners and businesses in Denver are responsible for the sides adjacent to their properties, which has resulted in wide disparities in their upkeep. Below the new proposal, the burden of liability would shift to the city, funded by a recurring fee for landowners based on factors such as the length of the property and the type of street it is on. The Denver Streets Partnership says a typical single-family home could expect to pay annual fees of around $107, or about $9 per month.

Proponents argue that better pedestrian infrastructure is especially important for people with disabilities. Nica Cave, who uses a wheelchair, has lived in Denver on and off her entire life and told Denver7 this issue is particularly personal to her.

“I’ve been disabled my whole life,” Cave said. “It’s my lived experience using sidewalks as my primary route to get where I need to go.”

According to the City of Denver, 40% of sidewalks are missing or too narrow citywide. The number is even higher in low-income areas at 47%.

â€œYou see a lot more unmaintained sidewalks, missing sidewalks. Especially around transit stops, which I depend on, and many people with disabilities also rely on public transit,â€ Cave said.

At current funding levels, according to the city of Denver, it would take about 400 years to build, widen and repair the sidewalks. “Denver deserves sidewalks” supporters are pushing for the project to be completed in nine years, made possible by increased public funding.

“I’ve been working on this issue for seven years and I’ve spoken to so many people who believe sidewalks are the foundation of a complete transportation system,” said Jill Locantore, executive director of the Denver Streets Partnership. â€œWe should publicly fund sidewalks just as we publicly fund streets. This is how we will create a fairer, more equitable and safer community for everyone.

Advocates have received permission and documents from the city to begin collecting signatures on their petition. They will need nearly 10,000 by July 5 to get the question on the November ballot.

Commuters will get direct NJ Transit buses to Philly in June. Here’s how they do it.