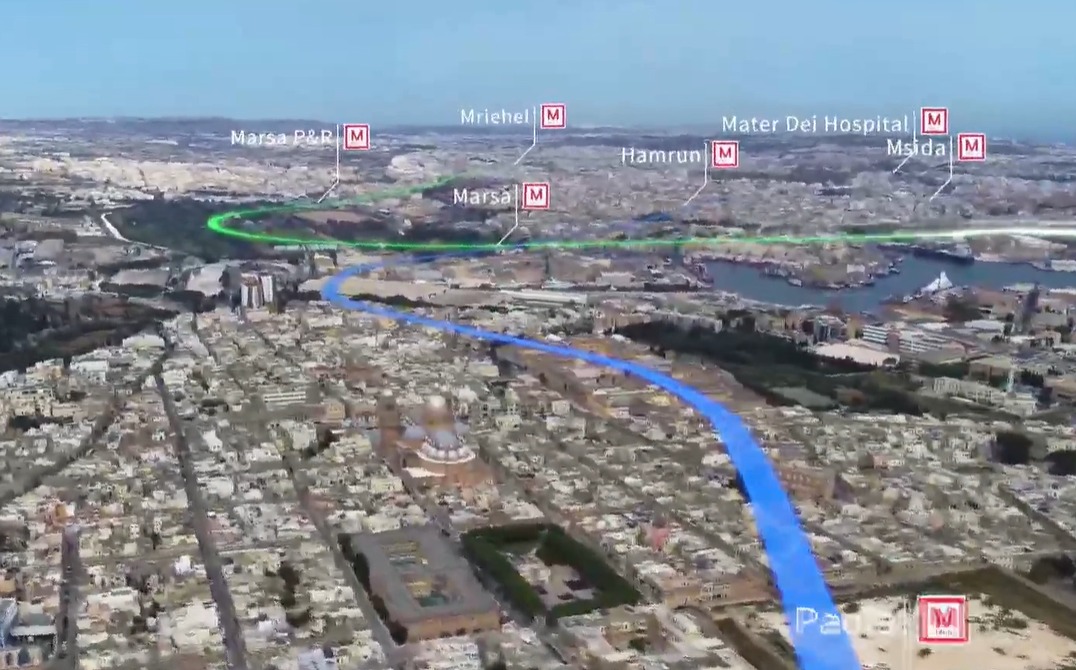 A metro in decades or a rapid bus in a few months?

Malta could put in place a rapid bus-based public transport system in a matter of months, only for authorities to pursue a metro system that will take decades to build and cost significantly more, emphasizes Maria Attard, an academic and urban transport expert. . So why does Malta intend to pursue this latter option?

The contentious proposal was discussed in the latest edition of Andrew Azzopardi’s 103 program, with the participation of Professor Attard – director of the Institute for Climate Change and Sustainable Development at the University of Malta – and Mario Gerada, social worker and environmental activist.

The need to change our behavior

It may be obvious that Malta needs to solve its transport problems, although heavy traffic is far from the only concern. As Attard points out, transport is now the main contributor to Malta’s greenhouse gas emissions, having overtaken electricity production when Malta switched to gas.

Although various programs seek to promote the use of cleaner automobiles – including electric vehicles – Attard takes a dim view of technological measures that aim to keep people’s habits unchanged. Efficiency has led people to drive more and choose bigger cars, and transportation emissions have only increased over time.

Gerada observes that Malta often fails to recognize that it is a small island state with very limited capacity, and that the mentality of bringing in as many cars as possible would reach this limit much sooner than in larger countries. .

It also highlights a philosophical aspect of concerns about climate change: People fail to recognize the impact of their predatory ways with the environment around them and the need to change their way of life. And as Azzopardi points out, such messages are not passed on to children in schools, thus perpetuating the cycle.

Malta’s infrastructure and transport philosophy, on the other hand, centers entirely on the use of private cars. And a reluctance to remedy this may well have influenced the decision to opt for the metro.

The most expensive proposition – financially and environmentally

The metro, Attard observes, is the most expensive, longest and most environmentally-friendly option you can build. And yet Malta appears willing to spend billions of euros – around 6 billion euros – in the hope that a system will be up and running in two decades.

This estimate is probably “peanuts compared to the real cost,” according to the academic, who notes that no suitable geological survey is yet available and who warns that massive infrastructure projects have sometimes bankrupted countries.

And the environmental impact of building the grid will be so great that it would take more than a century for it to be mitigated.

The massive amounts of construction waste that would be generated are pushed aside by hand, including through the possibility of land reclamation, leading to another set of environmental problems.

But such a refurbishment could pave the way for real estate speculation, leading Gerada to question whether this was an end in itself for economic or political reasons.

Ultimately, Attard argues, â€œthe metro is not the answer. It might be a solution in the future, but there are a lot of things that we should be implementing before we get there.

And it is no coincidence, she observes, that many similarly sized metropolitan areas in Malta have chosen other options.

What about the other options?

Government-appointed consultants have rejected alternatives such as a rapid transit system by bus and a streetcar, but Attard is not convinced by the reasons given. The allegations of negative visual impact were particularly puzzling: “apparently a queue of polluting cars does not impact the landscape, but the tram does”.

Adding insult to injury, a rapid bus transport system could be put in place very quickly: in a matter of months, according to Attard. Such a system would give priority to buses over other traffic, allowing a more reliable schedule than a conventional bus network, as network capacity increases.

It turns out that Malta is going to invest heavily in its bus network next year, but only to make the service free for everyone. According to Attard, it is simply a matter of throwing money at the problem without addressing the root cause.

â€œThe problem is not that the buses are expensive; is that they cannot pass through traffic. To solve the bus problem, you have to get rid of the cars, â€she notes.

But hindering private vehicles seems like a step too far for the authorities: Attard points out that even â€œeasy fruitsâ€ such as enforcement of traffic rules are being ignored.

And perhaps, according to Gerada, such an option is not suited to the five-year plans of politicians seeking re-election. As elections approach, a “sexy proposition” like a subway can be a tempting prospect, he observes. Proper consultation was essential, but even here politicians may be reluctant to pursue a tedious process that may not bring the desired result.

In the meantime, the Maltese seem doomed to maintain their heavy reliance on private vehicles to get from A to B, eagerly awaiting an expensive solution that wouldn’t get in the way.