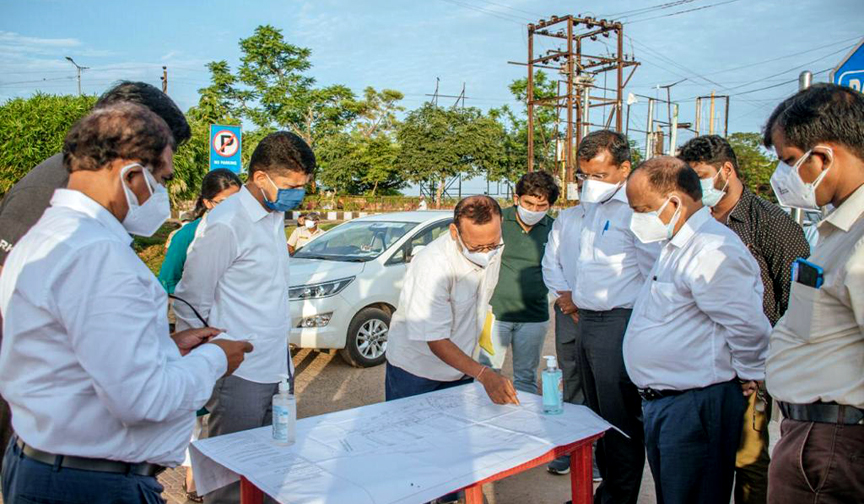 According to an official source, work on the first phase of the Taladanda Canal renovation project (about 1.55 kilometers long) is nearing completion. It was decided to extend the works of the canal to the side of the national road. The total length of the renovation with roads on both sides to the national road will be approximately 3.55 kilometers.

Pandian has ordered relevant officials to speed up work on the project, a senior official said.

Cuttack Netaji Bus Terminal (CNBT) is under construction on an area of â€‹â€‹17.91 acres in the locality of Khan Nagar. The bus terminal will help facilitate the movement of buses in the town of Cuttack and provide several amenities for passengers at the terminal, the official added.

Pandian reviewed in detail the progress of the bus terminal project. He asked the officials concerned to discuss with the local population the relocation of an existing library from the project site and to move it to a suitable new site within the next 10 days. The project is expected to be completed by August 2022.

Along with the ambitious SCB Medical College and Hospital (SCBMCH) transformation project, these two projects were taken up as part of Chief Minister Patnaik’s 5T initiatives for Cuttack decongestion.